Featured
articles
From Sin to Love
For the Christian, sin is always a grave offense to love. Sin leads man to go against God. 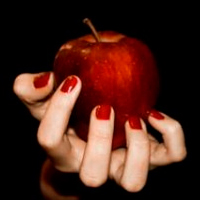