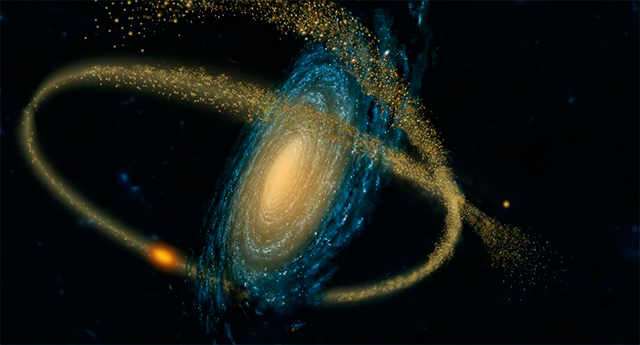 David Coppedge reported that he was removed after speaking at his job center about his beliefs about intelligent design. This is the theory that the organization of biological life and the universe indicate the existence of an intelligent origin.

A NASA specialist, fired for his beliefs about the intelligent design of the universe, has decided to legally sue the U.S. institution's Jet Propulsion Laboratories (JPL).

David Coppedge was a major computer technology specialist in the Cassini Mission Labs, which seek to study the planet Saturn, before he was fired and he now is suing his employer for religious discrimination.

The former NASA worker reported that he was fired after speaking at his job center about his beliefs about intelligent design, which is the theory that the organization of biological life and the universe indicate the existence of an intelligent origin.

"Employees should not be threatened with dismissal and punished for sharing their opinion with co-workers interested in the issue, just because the shared vision does not fit the prevailing opinion in the workplace", said Coppedge's lawyer, William Becker, partner of alliance Defense Fund.

Alliance Defense Fund called smart design theory a scientific theory that makes no reference to religion and has many non-religious followers.

"Mr. Coppedge has always argued that smart design is a scientific theory, but the JPL has illegally discriminated against it on the basis of what they consider to be religion".

Coppedge's lawyer also said his defendant discussed smart design with co-workers and offered DVDs to colleagues who expressed interest in the issue.

However, his supervisor said his colleagues complained and he was given written notice describing his actions as harassment, and harmful to the workplace. He was then removed from the position of "team leader" in the Cassini mission, as reported by the Christian Post in January 2011.