Featured
articles
On Objectivity
Who guarantees it? 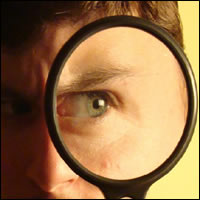 A person defends a thesis, prepares an article or a book, and he publishes it.

The thesis can be good or bad, well argued or with few arguments. But the place where it is published, is it relevant?

Many think so. If the text is published by a Catholic publishing house, it will be declared by some as not very objective.

On the other hand, if it is published in an editorial "generalist", famous, of great diffusion and praised by its seriousness, it will have better guarantees to be studied attentively.

This way of evaluating texts means two serious errors. The first is to believe that what is published in a place that defends certain ideas, automatically does not deserve attention. The second error is more subtle: to suppose that what is published in large media already automatically acquires guarantees of seriousness and deserves to be analyzed with some interest.

The two errors are connected to each other, because they are built on a common prejudice: to assume, without a serious investigation, that some means of diffusion are objective, while others lack objectivity.

Only when serious studies have been carried out on the objectivity of what they publish one or the other is it possible to move towards a more correct evaluation on this issue. Here it is easy to incur the famous paradox of the fish that bites the tail: who guarantees that such studies are objective?

The problem of how to evaluate the objectivity of texts and of those who publish them is, thus, difficult to overcome, precisely because there is no human being who does not have, on any matter, specific ways of studying them that depend on more prejudices or Less explicit.

So, who guarantees objectivity? A further step to achieve some light in this issue is achieved if each person evaluating writings and editorials puts their personal opinions on the table. At least we will know what the evaluator believes, and to what extent their beliefs can condition their ways of making judgments about one and the other.