Featured
articles
If they hated me…
When the time comes for persecution and proof, we need to renew faith in Christ. 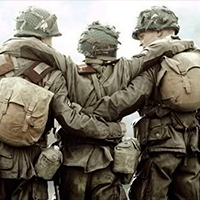