Featured
articles
Why so many people believe the journalist
​The causes of people´s credulity are varied. 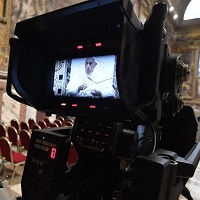