Featured
articles
Words used as conviction tags
In a debate… do I judge the other? 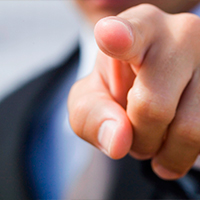 In many towns, throughout history, words have been used and used as a means of condemning specific people for their ideas, for their conduct, or other aspects (race, physical constitution, social class, etc.).

The list is huge and in some places, it changes with time. Consider, as a simple example, that centuries ago the use of the word "heretic" implied a strong rejection, even physical. Today Many use the word "fascist" as an unappealing condemnation against those who defend certain ideas.

It is part of the human condition that some ideas and behaviors are seen in a positive way, and others in a negative way. The use of words that serve as labels of condemnation reflects the dimension of rejection in human trials.

But It occurs not seldom that certain convictions words are abused, or that they are used in the wrong way, or, worse, that they serve as instruments to defend petty interests and to destroy those who have ideas that could be analyzed with more serenity in a healthy pluralism.

Consider, for example, a public discussion about ways to organize the economy. It Is Easy, for some advocates of greater market freedom, to label opponents as "communists." On The Other side, among those who defend greater state intervention, there will easily be voices that accuse opponents as capitalist exploiters or as camouflaged fascists.

If also, we observe some comments that run in the world of the Internet, or chats among friends, or meetings where there is more confidence, it will jump to the eye that many abuse derogatory terms and insults aimed at neutralizing, even to destroy, the “Adversaries".

That is why it is important, before using certain terms, to stop and analyze the arguments in question, to recognize that there are ideas that can be debated calmly and balanced if sentences of condemnation are avoided and dialogue is sought genuinely constructive.

Is the above possible? If There is sincere respect for people, and if we resort to debate in its most valuable sense, as an instrument to offer ideas and to listen to those who hold different and valid ideas in a friendly coexistence, it will be not only possible but will help to build Bridges and to improve the respective analyses when it comes to understanding reality and proposing actions aimed at improving the lives of people and peoples.