Featured
articles
A thousand factors, big and small
The details, the continuous thread of human history. 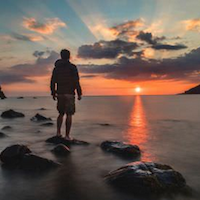 A good book about the First World War (and about so many wars) exposes the number of aspects that came into play in those dramatic moments of human history.

Because that war depended on the used weapons and the courage of the soldiers, the strategy of the generals and the ideas of the politicians, the anger of the Kaiser and the state of humor of the president of the United States, the strikes of the workmen in the rearguard and D E an epidemic that exploded in the trenches…

The List of factors is enormous. The complex relations between them explain why the Central Powers (Germany and Austria-Hungary) triumphed in that month, and why the French, the British and their allies were defeated within a few months.

What happens largely, on a large scale, also occurs, on a much smaller scale, in the small (in one person, one family, one neighborhood). In so many situations, thousands of everyday factors intersect, almost imperceptible, which later explain the "final" results.

Because this morning's anger is explained from the interaction between a change of pressure, a stomach upset, the news barely read on the Internet and that delay of a response from which the professional future depends.

Those, and so many other factors, have triggered that rage from which they then say strong words, respond badly to the phone, yells at the driver of the car next door, and increases in the afternoon headache.

Among so many factors, in the big and the small, and from them, millions of men and women make the decisions of each day. Some under the pressure of almost uncontrollable passions, as when a crazed soldier comes out of his trench and moves absurdly toward the enemy.

Others, on the Other hand, from a more serene reflection, and with a still free will, able to say no to the first thing that goes through the heart to weigh well the pros and cons of the options that one reaches to glimpse in that particular moment of the life itself.

The final results (of that absurd battle, of that disproportionate anger at home or work) will be the consequence of the intersection of more and more factors, without excluding the effects of a virus that has just entered one or many human bodies.

A disaster (the troops, demoralized, flee before the new attack of the adversaries) or a victory (at home, finally, the husbands get a serene dialogue to solve the most immediate problems) will become new factors that, in the continuous thread of the Human history, open spaces to future damage or benefits that generate joy and hope...