Featured
articles
Means, omissions and manipulations
A critical attitude to all the news. 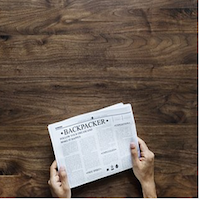 An informative medium exists with a task and a mission, simple but not easy: to communicate the news, to make known something of what happens in the near or distant world.

If that is your task, in many media there is evidence of a continuing tendency to omit certain issues and to give relief to others. That Is, it reveals an arbitrary mode, more or less visible, to select what is going to become news and what will be, for now, wrapped in silence.

Consider, for example, an attack on which several children die. If the attacking country or group is "sympathetic" to an informative medium, the news will have almost no relief. If it is "unfriendly", it will be widely highlighted and condemned as something atrocious.

What may surprise you with this type of situation is the little critical sense of many readers. Because with a little insight and open mind attitudes, it would be easy to identify what means are incurred in this kind of arbitrariness and distortion.

This finding Has been circulating for a long time: Many media outlets influence what they are hiding rather than what they manifest. It could Be added that these media influence and have great power precisely because thousands of people do not discover their omissions and arbitrariness.

That is Why it is so important to teach to read critically the news that is coming, at the same time that it is pointed out which manipulative tendencies when resorting to distorting selections and accomplices omissions, exist in certain informative media.

This is certainly not easy. Also, it sometimes happens that the effort to denounce the bad media is carried out by those who have other manipulative ideas. That Is to say, by those who seek to denigrate those of a side to exalt "their own”...

But that and other difficulties should not depart from the search for a continuing critical sense and a serene task to point out what manipulations remain in some media, and what means offer spaces to better attention to those facts ( All) that forge our present and prepare the future of humanity.