Featured
articles
The freedom of “two plus two”
Is it dangerous to say that things are the way they are? 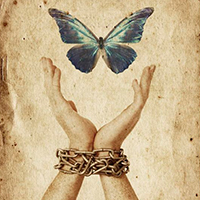 In his famous work "1984", George Orwell imagined his character about his way of reacting to the strength of a party (the communist) who sought to go against the obvious.

Faced with the force of manipulation and lying, the character discovered an area of freedom, thanks to which it was possible to recognize the obvious: the facts are made. These are the reflections of “1984":

"You had to defend the obvious, the stupid, and the true. (He had to cling to the fact that the truths of truism are true! The World exists, its laws do not change. The stones are hard, the water is wet, the objects left in the emptiness fall towards the center of the Earth. “

From the above arose a fundamental axiom, which is worth to any dictatorship (physical or intellectual): "Freedom is to be able to say that two and two are four. Admitted that, it deduces everything else. "

With surprise, in some societies that are considered democratic, it is dangerous to say that things are as they are.

For example, to say that the abortion provoked is to suppress the life of a son is considered theocracy or contempt towards the woman.

to say that not all religions can be true leads to the accusation of fundamentalism or discrimination towards the different.

To say that a human being developed morphologically as a male or as a woman cannot be the opposite as it is in some places reason to be accused of the crime of hate...

As the protagonist of "1984", one must think, write and say that two plus two are four, that the stones are hard, that the preferences do not change the biological realities, that an abortion provoked is a crime.

That is the minimum space of freedom that guarantees the survival of justice, which allows overcoming the pressures of any totalitarian ideology, and that opens spaces to the thought oriented to seek what we all want: the encounter with the truth.