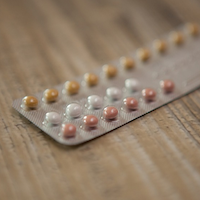 Vatican Council II, convened by Pope St. John XXIII in 1959, created a false expectation of a papal blessing for contraceptive use. Despite the pressure that existed at that time within the progressive Christian circles, his successor, Pope Paul VI surprised the world with an encyclical that would be a kind of bomb. Humanae Vitae was published in 1968 and reaffirmed the traditional teaching that the sexual act between a man and a woman can not break the unitive and procreative bond.

I remember one of my classes at the university when they told us that our bodies spoke in a non-verbal language and that it is easy to recognize minimal expressions in the face or gestures in the body that communicate if indeed people are attentive to what we say or have P Erdido interest. The sexual act between husband and wife is also an act of communication. With this in mind, Bishop Víctor Galeon, from the Diocese of San Agustín in Florida (USA), in his pastoral letter Marriage: A communion of life and Love, reminds us: "Is It normal for a woman to put earplugs to listen to her husband? , Is It Normal for a husband to cover his mouth to talk to his wife? These examples are as unrealistic as they are absurd. If These behaviors are absurd in verbal communication, why do we tolerate a wife using a diaphragm or pill, or a husband using a condom during sexual communication? “

We are in a society where sexuality and procreation is no longer a complementary thing. You can have sex without procreating and procreating without having sex. What'S More, we can order babies on demand. With the advancement of technology, it is possible to design to our measure the baby we want, and if we do not like it, then we sue the contracted company.

The Human being can abstain sexually, it is not a difficult thing. Most of the time we do. I assume you're abstaining to have sex right now while reading these lines. Animals fail to control their sexual impulses. are We equal to animals, or do we have the will to be able to stop unclean thoughts or feelings? Are we at the same level as our pets in the heat? Believe me, no one has died for not having sex. This is not a basic need. Basic needs are reduced to eating food, drinking water, and resting.

They have made Us believe that sex is important and necessary, and that is why we have to cover the risk of an unplanned pregnancy. By sterilizing The Sexual act what we achieve is accepting the possibility of being used and used. The person stops being a person and becomes a thing for their benefit.

But God, in His infinite goodness and wisdom, has designed the female body in such a way that we have fertile times and infertile times. And If there is a good reason to separate one pregnancy from another, you can take advantage of this situation. Family planning is possible within the Catholic Church. It Is Only a matter of learning to know one's own body and to converse with husbands. Let God remain God and not take that responsibility in our hands.