Featured
articles
A contradictory thesis
​A certainty: to have convictions that lead us to recognize human dignity. 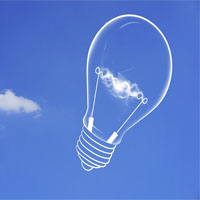 One says: It is dangerous for any person who claims to possess unquestionable certainties, to feel fully assured of possessing the truth.

The foregoing contains a contradictory thesis. To Argue that it is dangerous that it possesses unquestionable certainties, is it something affirmed in a safe and certain way?

Because the one who accuses of dangerous to the insurance of Yes, is sure of what it says and thus becomes dangerous: it incurs the same thing that condemns.

The reality is that many human beings have certainty: about who are our relatives, about the goodness of certain foods, about the importance of having good friends.

At the same time, some have good and bad certainties. They Are Good when they lead us to work for justice and to promote the truth. They Are Bad if they make us unfair, violent against the innocent, liars.

We Must overcome certain sentences made and repeated over and over again to recognize the complexity of human situations and the wisdom that distinguishes between convictions and convictions.

Because It is simply false to declare that those who have convictions are dangerous when what one must do is analyze and distinguish between good convictions and bad convictions.

That Truth simply says that we need to overcome ignorance, to undertake paths to knowledge, to acquire good and informed convictions, to open ourselves to what is possible to know about God, about the world and about the human beings that surround us.

Only then can we walk towards truths that generate valid convictions, among which we find those convictions that lead us to recognize the dignity of every human being, from its conception until its death, and the urgency to build societies more Fair and more solidarity.