Featured
articles
Think of others
Chastity gets fashionable. 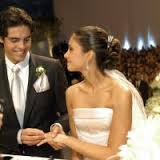 It has caused Me perplexity to run into this headline in a diary: chastity becomes fashionable. The first thing I thought was, "I wish!" Because we are accustomed to being told and made to see the opposite. In other words, they had already come to convince us (and without much difficulty) that what is fashionable everywhere is the trivialization of sexual experience, the precociousness of sexual relations, the exaltation of liberalism and sexual debauchery. All that, unfortunately, remains an undeniable and widespread fact. Who doubts it?

That's why I started reading that article with a mind quite closed by skepticism. But, against all expectations, a few paragraphs were enough to make me change my attitude. Because it turns out that in fact, they are already a good number of the idols of the teenagers who declare publicly to want to remain virgins and chaste before the marriage.

And on the list of young stars who have chosen to live chastity until marriage and proudly announce it, we find, for example, the basketball player A.C. Green, one of the key men of Los Angeles Lakers; The young Russian tennis player Anna Kournikova; A 17-year-old Leelee Sobieski, the protagonist of the mini-series Juana de Arco; To Jonathan Jackson, also of 17 years, who acts like "Lucky" in the series "General Hospital".

Also, lately, they have been added to this statement Enrique, the singer, and son of the mythical Julio Iglesias. The announcement of son churches, with sales records all over the world, has been perhaps the biggest surprise. Enrique has stated the following: "I am a virgin and I want to continue until marriage, and when you mention it, please do not make a joke".

Wow, this is news. I don't know why there are so few media outlets that broadcast them as they deserve. It seems strange to me that such a monumental rarity (as for many today would seem the purpose of chastity of these famous young people) has so little echo in the world of communications... It's a shame.

Perhaps that is why I have felt the need to become a speaker of these amazing events. And I do so with the declared desire-not veiled-that besides having said it, these young people can fulfill it (there is the difficult and the amazing), and that many others dare to do the same following their example.

No, virginity and chastity are not fashionable and have never been, neither before nor after marriage. And it is a pity, treating -as it is- super values that dignify man. Hence, I hope there are many more young people who decide to imitate in their lives those who announce and live their purpose of chastity. With this they would be honoring their dignity, pleasing God and offering that precious gift to the person they decide to dedicate their life to.

Yes, let's hope that chastity will become fashionable soon. And to be alive not for being fashionable, but for having discovered in it a value that enriches the human person and safeguards the respect that owes him.