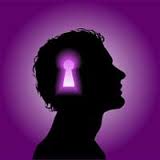 The subjectivism, in one of its modalities, assumes that something is true for those who say it simply because it thinks so.

Two previous statements would seem different. It is normal for one to claim that the wind is cold and another to say otherwise. It Would Be Strange if someone said that a wall is soft.

But the distinction between normal and strange can be seen as subjective as the two earlier affirmations in a subjective vision carried up to the end.

That vision we can find people (there are) who consider that they are in the wrong body, and want to have a different body.

Other people defend an exalted political leader as a savior when economic experts know that the leader will sink his country.

No shortage denies his illness when the doctor has in his hands more than enough elements to affirm it.

A moderate subjective will say that in many fields his theory is worth, in others not so much, and in some (as in the case the walls) no one would be subjective.

In Reality, the world surprises with so many subjectivism claims. Some feel cat, another who declares an athlete, and another who claims to be 6 years old when none of those people affirm the truth.

As much as the subjectivism looks for arguments to keep up, the hard data, sooner or later, contradict them.

Because as much as you say you are healthy, the disease will one day take you to the grave, if not to despair for not having intervened on time from the advice of doctors nothing subjetivistas.

Therefore, a healthy realism, that does not imply to hold that everything is evident, leads to leaving aside Subjetivismos erroneous, relativistic and similar, to open minds and hearts in that continual search that is so proper to humans: the search for a greater Approaching the truth.