Featured
articles
Populism, relativism and democracy
Not everything is worth the same in social life. 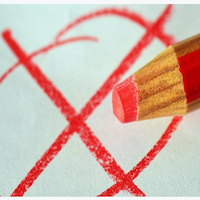 The concern for the strength of populist groups and parties arises from an interesting idea: not everything is worth the same in social life.

That idea clashes frontally against relativism. According to the relativistic stance, in a democracy, all parties enter into equal conditions because none can be seen as "better" nor as “worse".

A minimum of common sense is enough to recognize that some political parties have wild or harmful, or dangerous, or populist proposals.

The relativist, however, has no tools to defend himself against these proposals, because he lacks the criterion to distinguish between right and wrong, between just and unfair, between populists and sensible politicians.

Therefore, a democracy that wants to be healthy and survive before the onslaught of populism and harmful political postures, has to seriously reject relativism and accept that there are objective criteria to judge on the correction or incorrectness of each Proposal.

Problems arise when establishing those criteria. But The fact that it is not easy to identify them, or to discuss which ones are fundamental, does not remove the need for a sincere effort to reach them to accept them as the minimum necessary for good social coexistence.

Faced with so many ideologies that have provoked and provoked millions of deaths, whether from racist postures, whether exaggerated nationalism, from contempt to the poor, the defenseless, the unborn, it is necessary to construct political approaches that Guarantee fundamental rights.

From these approaches, it will not only be possible to reject any harmful populist stance, but also to build political projects that serve to protect justice, to defend the weakest, and to promote the necessary social harmony, which both It benefits people and groups.