Featured
articles
Magic, technique and ancient wisdom
Are we not before a world that has lost wisdom? 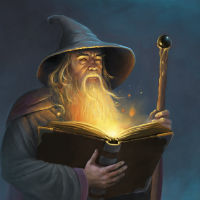