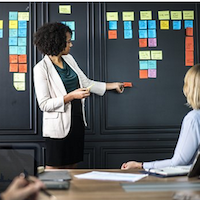 When talking about war you can list many factors that lead to initiate it, which feed it, which makes it more damaging. By enumerating such factors, sometimes words and facts are left out that have their place if one wants to know seriously what happens.

Something similar can be said in many other analyses: on the economy, family life, school, child labor, the ecological crisis, addictions, and a long etcetera.

An analysis cannot say all that refers to the argument addressed. But if you seek to be of assistance in solving serious problems and harmful situations, you must point out those aspects that are most important.

It is surprising, however, that some analyses have gaps and strange omissions because they leave aside causes and elements not only relevant but often decisive in the subject matter.

Let us think, for example, of wars. To say that wars exist because there are arms dealers is certainly valid. As it is to indicate that in every war the injustices are commented.

But it would be strange not to say a single word about human psychology that allows hatred, violence, ambitions and a long etcetera of factors that enter as a devastating hurricane in so many wars. Or leave aside that in some wars there are people who are part of the reason and fight to defend justice.

That is why, when elaborating an analysis on important issues it is worthwhile to go deep into all those who explain human processes. Only then will a good understanding of the problems be possible, and then present well-oriented proposals that serve to correct the bad and to promote the good and the right among us.