Featured
articles
The smartphone has changed our lives: 10 risks you should avoid
​The idea that being good is enough is the most persistent and pernicious heresy that exists within Catholicism. 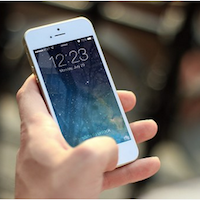 We use it more than 200 times a day and use it almost 90% of Internet users. Addiction, anxiety, less empathy, family disconnection, accidents, interfering with the couple or attacks on intimacy, among the main dangers

In just a decade, smartphones have been a total turn in the functioning of society by completely changing the social habits and behavior of the vast majority of people. We use it at all times, and it has become an essential element at the communication level.

No one doubts the great advantages of using this type of mobile. It is the most widely used technology, according to the Center for Sociological Research (SCR) last March. A study by the British consultancy firm Tecmark states that it comes to using an average of more than 220 times a day. And the Fundación telefónica emphasizes that 88.3% of Internet users are connected to it, as published last Sunday, May 8, the Magazine of La Vanguardia.

It is used through WhatsApp and other similar functions; To connect to the Internet and social networks such as Twitter, Facebook, Instagram or Snapchat. But it also serves as a clock, alarm, calendar, calculator, weather Service; listening to music and radio, and reading press; you can make and send photos and videos; or choose a restaurant, buy, sell, make a thousand steps online, and a long etcetera.

However, not all are advantages and the use that is made of the Smartphone can also lead to some drawbacks and even risks. Thus, addiction, anxiety, less empathy, family disconnection, accidents, interfering with the couple or attacks on intimacy, are some of the negative effects that should be avoided. Let's look at the top 10 dangers.

Made to engage
As stated by Nir Eyal, U.S. expert in the relationship between psychology and technology and author of the book hooked  (attached), we are hooked to mobile.

In his book, Eyal explains the reason for this statement: Services and apps are designed to capture consumer attention for as long as possible. The formula to capture this attention is the motivation, which is to offer something that people want, to facilitate some task and to use triggers, behavioral boosters that reinforce the habit, like the likes, retweets, commentaries, etc.

Mobile manufacturers have psychologists and anthropologists who travel the world observing behaviors to evolve the product.

It creates addiction Because of the
above, a dangerous risk is that the misuse of the Smartphone creates addiction, and the difficulty is how to manage to limit the exaggerated time that is dedicated to its use. "It all depends on what you do in the digital world", warns Manuel Armayones, professor at the Open University of Catalonia, who has just published the smartphone effect, connect with meaning.

"Common sense says that it makes a misuse of the mobile when it causes problems to the person, it harms their relationship of couple or family or their dream, their work or the good academic results... The important thing is to be aware of when the damage is given", he notes.

The professor of psychology warns that between parents and children "must be made to the idea that the negotiation will be constant: When you had agreed on the use of Instagram (what hours, what is permissible to share...), they become fashionable periscope and their videos".

"There is now a generational cut between analog parents and digital children, but there will always be two speeds: people who are more technologically qualified or who make more intensive use and others who do not," he concludes.

At the same time, three out of four young people aged 18 to 24, the first thing they do when waking up is to consult the mobile, according to an American survey. If the smartphone is not at hand, if it has been lost or does not work, the chances of it generating a state of anxiety in its owner are many.

The Anglo-Saxons speak, as a source of anxiety, of the FOMO (fear of missing out), the fear to lose something if one does not look at the mobile. Armayons defines it as "psychopathologies", the fear of forgetting the mobile (nomophobia) or the anxiety generated by the battery, coverage and balance trilogy. "They are not comparable to serious mental illnesses, but they stress us and generate anxiety", he says. His recipe to avoid this is: "Make friends, practice sports, cultivate a hobby outside the screens".

Less empathy
at the same time, Sherry Turke, professor of social sciences and Technology at the Massachusetts Institute of Technology (MIT), warns that mobile remains intimacy and empathy for the human relationship. And in a consultation of the Pew Research Center, 89% of people said they used their phone during their last social meeting, and 82% recognized that the conversation was resented.

"It has been shown that if two people remain and there is a telephone on the table, the talk revolves around less important issues, and these people feel less connected to each other", adds the MIT social psychologist. "When we turn to the mobile instead of the other person, empathy and intimacy are lost. In the last 20 years, there has been a decrease of 40% of empathy among university students in all the ways we know how to measure it. The biggest decline has been in the last decade, which is attributed to the use of digital devices. It is in face-to-face conversation when empathy and intimacy are born; we pay a price if we leave out this conversation: it goes from conversation to mere connection", he concludes.

Family disconnection
Another serious risk of misuse of the smartphone is that of a certain familiar disconnection. Sometimes parents pay more attention to the mobile than to their children.

In that sense, Turke has also studied the impact on personal relationships. What was most "piercing" in the research made for his book reclaiming conversation was "for children and adolescents to say they have never taken a walk with their father or mother without their phone; They feel that they never have the full attention of their parents".

The Professor of social sciences and technology considers that the time we spend with the mobile "we steal from the dedicated to others, as we carry it on all hours and everywhere".

In the SCR barometer mentioned, a significant percentage of respondents (44%) He points out that the mobile is the technology that has changed most the life of his family (only 7.7% quotes the television). Among other things, 67.9% think it has reduced parent-child communication, and 51.5%, which increases family conflict. Some American therapists say they get families who are looking for help to "reconnect".

Another important issue is the impact that fixing the view on the mobile screen is likely to cause an accident. So much so that in some cities even urban measures are posed, by the fact that many people are constantly looking at their screen.

Up to 47% of pedestrians do so, according to the Real Automóvil Club de Catalunya, and this has favored an increase in accidents.

Another is the case with the traffic: the motive has replaced alcohol as the first motive of death behind the wheel among young Americans, and the Spanish authorities consider it one of the main reasons for distraction, which is the first cause of Accidents.

"Yes, technology is changing social habits and our brains, and we don't know what effects it will have in the long term", recognizes the aforementioned American expert Eyal.

There is no doubt that the use of mobile phones favors communication and, for example, partner relations. But at the same time, it is also an element of control over it. So much so that many of those relationships start and end because of the Smartphone.

In studies where people are asked if the mobile interferes with their relationship (including that of the SCR), the majority response is yes, to the extent that 9% of Americans said in a survey that they had used it during sexual intercourse.

A new drawback that can lead to the problem is that it is more and more difficult to maintain a spontaneous conversation as they are face to face.

"People try to avoid using the mobile to not feel vulnerable", says Turke, and puts as example parents and children who argue for WhatsApp and similar to have the emotions under control.

"We are attracted to the online conversation because we can prepare ourselves because we fear imperfections in the presentation. We reaffirm if we can hide behind a self-presentation", he adds.

"Sometimes people become their best online version; Others stop recognizing themselves in the digital self, feel not authentic and get depressed. It is more difficult to find an authentic self, "he concludes in this section Turkey.

The misuse of this type of mobile is also responsible sometimes for certain attacks on privacy. American parents, for example, hang on line about 1,000 images of each child before they reach the age of five, Time magazine explained recently.

"Children and young people today are said to be narcissists, but maybe they learn about parental exposure," the article indicated. And he added that there are social networks used by minors to hang sexy selfies. Photos similar to those that their mothers can hang.

"The technology is wonderful, what can be questioned is the use that is made of it", denounces Armayones, who points out that if you extend the fashion of hanging videos in real-time, "can generate complex situations, socially and psychologically."

That is why it claims "etiquette in the use of mobiles (and other technology). If two people stay for dinner and one gets to read a book, it would be considered bad manners, but with the motive happens", he sets an example.

Another controversial question about using the Smartphone is whether it facilitates or provokes a greater or lesser extent the lack of concentration in the students.

In this regard, the writer and technology specialist Nicholas Carr is one of those who proclaim that these mobiles make us inattentive and superficial and prevents students from concentrating for a considerable period.

However, schools are divided about whether or not to allow it, in that dilemma between distracting but not having it creates anxiety.

"It stands as a sign that we can always pay attention to something else. The decision is of the user, but that possibility tempts us, and we are vulnerable", reasons Turke.

In this sense, some studies point out that the digital world changes the memory (the so-called Google effect), others, that not the atrophy. Even some argue that it develops, and the same debate exists around analytical thinking.

"In today's society more information is handled than ever, and we use the memory of the mobile or the cloud as an extension of ours, for storage, but in the brain, we keep keeping important or irreplaceable for us", concludes Armayones.