Featured
articles
The Great Revolution: the awakening of the baptized
This action is no other than the new evangelization. 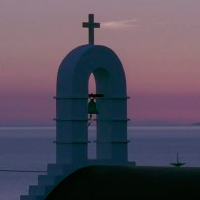 The church must take better care of the baptized instead of focusing only on the practitioners, because in their "awakening" to the life of the faith and their ecclesial participation, lies the great revolution that our society needs to get out of the multiple crises to which we do not s we are leading, thus fulfilling, once again, what was announced by Saint Paul in Romans (1, 25-32)

The return of a large part of the Catholics baptized to the Church would be truly revolutionary, and also in a double plane. That of the community of faith, because it would reverse its declining trend in all areas. And it would also be a revolution in society because it would forge a new mindset much more in keeping with the Christian conception. We would thus change the deeply adverse cultural frame of reference in which we live.

The XXI century must be that of the baptized. The vast majority of the population in our country, and many others, is declared Catholic. And where it is not, they are an important minority. This little means in practice, because their variable behaviors from more to less, resemble the religiously indifferent population; rather, the vast majority of these are baptized, but the moment they respond that they are Catholics when asked about what their religion is, it means that it nests in them a sign, a certain reference of identity. We must awaken this sleeping conscience and grow the seed of faith. It is demanded by the nature of the sacrament received and our fidelity as followers of Jesus Christ.

The sacrament of baptism (1213-1274 CCC) is not only the door that opens the access to the other sacraments but through him, we become children of God and participants in his Church (1213 CCC) The baptized "have clothed themselves Christ "(Ga 3,27) and on them acts force and the sacramental economy. But he does it as infants. It is only a seed that needs to be worked so that it grows, that has good soil, that the other plants do not drown it. It is necessary to recover it, working, freeing it in the field so that it grows. Not to do so, not to make it the priority, is to ignore the repeated evangelical mandate to go and look for the lost sheep. And it is also a resounding error. Not doing it in practice means betting on a passive Church, which expects people to cross their doors.

For this action to be done, not as something exceptional but as a central and massive task, two things are necessary. The first, that the church, that is to say, all of us, is more consistent between the mandate of Jesus Christ and his practice, between what is preached and what is done. The second is that there are an organization and allocation of priorities and means commensurate with the dimension of the purpose pursued.

It is a matter of faith, of trusting in Providence, of hope in the result and praying for God can do everything, and at the same time act as if everything depended on us. And with this, I say nothing new.

This action is nothing other than the new evangelization.  St. John Paul II called for the first time a "new evangelization" about thirty years ago. Throughout his pontificate, the Holy Father encouraged to renew efforts to preach the Gospel of Jesus Christ to all who seek the truth.  What about "new" This "New evangelization"?  There is no novelty in its content. The word of God speaks to men of all time. However, the witness of Jesus Christ who gives the church must adapt to the people of our time and place should communicate in the form and style according to the Times. One of its characteristics is that this evangelization as it was raised by St. John Paul II also addresses those who live in historically Christian cultures. They may be baptized Christians who have heard of Christ, but for whom the Christian faith itself has lost its meaning and its transformative power. Now, three decades after an evangelizing task done barely, it is an essential priority. The reduction of the church in our country, and in Europe, its growing marginality, is the consequence of not having fulfilled the mandate.

"The church exists to evangelize". These words of Pope Paul VI reminded us of the core of the identity and mission of the Church in the world.

Pope Francis in 2013, addressing the plenary of the dicastery for the new evangelization, referred to the "new evangelization" as a service understood by him in three points: the primacy of testimony, urgency in going to the meeting, pastoral project Focused on the essentials. The testimony, "especially in these times", is needed -says "credible testimonies" that "with life" "make the Gospel Visible", and "awaken the attraction for Jesus Christ, for the beauty of God."

Our action for the "Awakening" of the baptized is based on all this: testimony, going to meet, pastoral project, visibility of the gospel, beauty of God and forms, a language that reaches the heart.

It is also a matter of intelligence, of skill, of communication, of leaving the parish to go to meet the baptized, but this will serve little if authentic testimonies are not visible, first by example, and when appropriate, with the word. Because in our society delinked, on too many occasions, the testimony is misunderstood or manipulated by the inadequacy of the word. Neither the Pope himself is free of this risk, especially when his acts are received in Europe, in the United States.