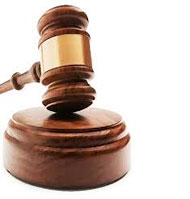 Today was an ordinary day's work at the courthouse. A sentence. Another sentence absolves. The press comments. People think.

It's interesting to see the reactions. If the sentence goes in the line of desires, praise and applause abound.

"Justice has been done. At last, the truth was clear. An innocent person has been acquitted/convicted. There's nothing left to discuss. “

On the other hand, if the sentence goes against their ideas and assumptions, the comments are usually of reproach.

"Again justice has failed. There are corrupt judges. There's no hope for the victims. The culprits are again acquitted/an innocent has been condemned. “

Above the reactions, each sentence is built, ideally, on several pillars. First, sufficient knowledge of the facts. Secondly, a proper application of the law. Third: A good development of the process.

There would be some other pillars, but what is obvious is that sentences, condemnation or acquittal, may be tainted by an error in knowledge, by a misapplication of the law, or by processes carried out in a bad way.

Therefore, before each sentence, it would be necessary to orientate the comments not according to the tastes or preferences of each one, but to that which is essential: has there been an adequate knowledge of the facts? Has good law enforcement been achieved? Was it possible to have proper development of the judicial process?

The other comments, although they may seem very interesting, mislead, disorientate, even show bad will: just remember the applause in the past before certain sentences that over the years are discovered completely unfair...

The good functioning of a society implies promoting fair laws and serious tribunals, with competent and honest people, with time and means to go in-depth in each case.

Working to achieve these goals is one of the best ways to avoid the conviction of innocents or the acquittal of culprits, and to protect (must be remembered) the rights of so many victims who need protection and support from those who are called to defend Their fundamental rights.