Featured
articles
Personal generosity and common good
To participate in public life requires, without a doubt, a lot of generosity and a special spirit of sacrifice. 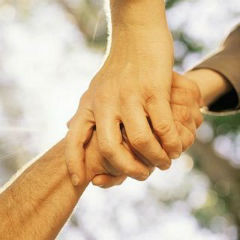 In the situation of a profound political crisis that is being lived in Spain, it surprises the apparent indifference by its better heads and leaders in the most diverse areas. It draws attention to the silence of those who, by the depth of their humanistic training and extraordinary professional projection, have the necessary information and intellectual resources to address, regardless of criterion, realistic analysis and Measured by the serious problems affecting Spain. Problems that have been larvae over the last few years and that, in the troubled current hour, immersed in an intense moral, social, institutional, economic, educational and demographic crisis, could precipitate in uncontrollable chaos of long and dire Consequences for the common good.

In the academic, intellectual, business and religious life of Spain, there is a significant number of people whose intelligence and knowledge of reality are extraordinary. Just the kind of people that are needed in moments of confusion and anxiety, to provide clarity in a problematic situation and that for years -with the inexplicable indolence of many and the selfish solipsism of some- has been transformed into a fertile seedbed of mediocre opportunists and illuminated Gramscian old stamp. A new caste of witty upstarts seeks to replace the worn-out old caste that, actively or passively, precipitated millions of Spaniards in a radical moral crisis and identity confusion, from which we must, however, urgently react to the Spanish, given the dangers that they hover over us.

The ideological and War civilized reductionism perpetrated by the Socialists, as well as the economies and the renouncement of its principles of Christian roots raised by the PP, in the periods that both governed, came little by little to weaken or completely extirpate the moral, cultural holdings and institutional that require every nation and every civilization to sustain itself in time. We share with the rest of Europe and the West that general moral bewilderment and intellectual perplexity, which are leading us to dangerous nihilistic impotence that, let us not forget, has always preceded the chaos or the total collapse of the same people and human projects, whether of a nation, a culture or a whole civilization. For this reason, in the whole of Europe, and Spain in particular, it is more necessary than ever the decisive participation in the public life of the best prepared, with the determined determination to contribute its invaluable granite of sand for the sake of the common good.

At the origin of the demographic suicide in which we are stuck, the attacks on freedom of conscience and expression, the imposition of gender ideology, abortion, political homosexuality, democratic deficit, widespread corruption, confusion of powers, etc., there is a deep moral and anthropological crisis that must be unmasked promptly and without fear, introducing rational argumentation and the verification of reality in political and media discourse. If we do not want advantages of different fur and ideological deformation end up leading to disasters that we do not want for our children or ourselves, the time has come for generosity and personally involved in the defense of the common good. It is the time of the Spaniards that we have not lost the sense of the inviolable dignity of the human being and the greatness of Spain as a nation. The reason is on our side, and the dangerous consequences of not reacting would be unquestionable.

To participate in public life requires, without doubt, a lot of generosity and a special spirit of sacrifice. Young people, because this dedication to the common good through politics implies temporarily suspending their working life with the risks arising therefrom; the less young, because wherever they have been able to demonstrate their professional skills will leave for a time to obtain legitimate benefits. Young and younger, because defending today the common sense and the values that raised Spain and the whole of Europe above the state of barbarism cultural, political and religious will undoubtedly constitute an exciting adventure, but not without risks and mistimes of Different type in an ever more tense and radicalized environment. However, failing to launch the recovery of these values promptly will precipitate our homeland and culture into a dangerous crumbling of uncontrollable consequences. That is why, from this rostrum, I appeal to the generosity of those who, having received a great deal, now have the opportunity to contribute to the common good.