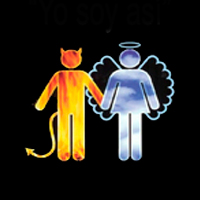 The dialogue between cultures has been, is and will be a key issue in the reflections on how to coexist among human beings.

When talking about this dialogue there is a danger: to use the term "culture" in a way too vague, which can put aside the differences.

It is true that almost always, when talking about cultures, one of the fundamental points is to recognize that there are differences between groups, peoples, and nations.

But staying in the recognition of differences and not analyzing them in their positive and negative aspects is inadequate to put aside an important point when considering such differences.

It is necessary, then, to ask the question:) It is legitimate to distinguish between better and worse cultures, between positive and negative characteristics present in the cultures?

The mere fact of formulating the question arises from specific cultural visions. For some, it is important to distinguish between good and bad when talking about cultures, while for others making distinctions of this kind would be wrong.

The question, however, cannot be left in parentheses. Although the distinction between good and bad actions does not coincide with many cultures, we cannot leave it aside when discussing cultural differences.

Even the most objective effort to collect what characterizes the cultures leads to discover that many of them consider good some criteria and ways of living while condemning as bad other criteria and other behaviors.

In other words, a serious study of cultures cannot put aside the criteria of good and evil. Such criteria need a correct foundation, so as not to incur a subjectivism that distorts the perspective.

Where to find these criteria? The answer is not easy, because many of these criteria arise precisely from the culture to which one belongs... But recognizing this does not mean abandoning us to cultural relativism that prevents the answer.

In so many societies where people from different cultures coexist, the great challenge is a healthy confrontation that evidences the common points and recognizes the differences, to deepen an indispensable theme: what characteristics of the Culture and cultures of others can be seen as good or as bad?