Featured
articles
Ethics in crisis
We have therefore left ethics in the field of marginality. 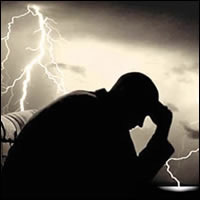 I do not know why strange reason, has wanted to see ethics, as an ancient legacy of past eras. We have seen in many faculties of universities, both public and private, that ethics is not present in curricula, and when it is, it has an optional character. We have therefore left ethics in the field of marginality.  And one wonders: Why has this drift been taken if ethics is a basic condition for achieving comprehensive progress of people and peoples. We have seen the public landscape desolated by corruption and bad practices. Qualified professionals, excellent economists, lawyers, engineers, trained in the best universities, with their speculative actions, have caused the bankruptcy of the system.

The crisis, therefore, has not been provoked by ignorance, but by people prepared and talented, but without scruples or ethical principles. When we talk about ethical principles, we are talking about attitudes of kindness in front of life. It gives the impression that these attitudes are not paid the attention they deserve. It is curious to see that kindness is not the object of media attention. Instead, the evil seems to have more audience, especially if presented in a sensational and rugged. As if the public were thirsty for morbidity. Kindness, on the other hand, does not show or seek applause; it works in silence without waiting for recognition. The satisfaction that his practice generates is enough for him. But as media goes unnoticed, it gives the impression of not existing. Or worse, when a dangerous counter-position of ideas is made, as I saw in an article of a supplement, which said that a person, if he was good, could not be intelligent, or vice versa, if he was intelligent he could not be good, and this Put in the mouth of a recognized intellectual, it seems that intelligence is synonymous with evil.