Featured
articles
The specialist Complex
Talk to everyone to understand. 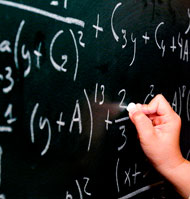 An article about an interesting topic Appears. Allusions, quotations in half, technical words, theses, and antithesis.

Normally, specialists understand immediately what it is, what the state of the matter is, what the columnist is defending.

The Non-specialists are lost between allusions, few known names, complicated phrases, and a style that does not clarify but obscures.

A writer indeed chooses which audience he wants to talk to. That is Why a scientific work is often directed at competent readers who will surely understand a lot (sometimes not everything) of what is said.

But It is also true that many people read gladly informative work where the specialist's cryptic language is exceeded and things are said simply and affordably.

In a world where sciences specialize in unsuspected limits, people want well-crafted synthesis and comprehensible texts, capable of being read by a large number of people of medium culture.

Therefore, to overcome the complexity of the specialist, the desire to speak with formulas and terms that only some know, will make it possible for more people to understand the central issues on which the present and the future of humanity are played.

This does not mean losing quality or promoting demagogic positions, in which, by seeking the dissemination, there is an inadequate treatment of serious arguments.

It is not easy to combine rigor and clarity, specialization and approach to the general public. But It is also not impossible, especially when so many debates would go ahead with better results if there were more clear and affordable specialists.