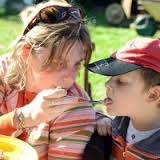 It is good to remember that responsible parenthood is also part of the Magisterium of the church. Many Catholics do not know it and think that procreation should be given as long as the woman can assume it. For this reason, Pope Francis, as far as the background, was right in remembering this aspect of "Humanae Vitae." Let's see what it says in Number 10:

For this reason, conjugal love requires the husbands to be aware of their mission of "responsible paternity" on which today so much is rightly insisted and that one must understand exactly. It needs to be considered under various legitimate and related aspects.

In relation to biological processes, responsible parenthood means knowledge and respect for their functions; Intelligence discovers, in the power of giving life, biological laws that are part of the human person (St. Thomas, Sum. Teol., I-II, Q. 94, A. 2).

In relation to the tendencies of instinct and of passions, the responsible paternity involves the necessary dominion that on those must exercise the reason and the will.

In relation to physical, economic, psychological and social conditions, responsible parenthood is put into practice either with the weighted and generous deliberation of having a large family either with the decision, taken for serious reasons and in respect of the Moral law, to avoid a new birth for some time or indefinite time.

Responsible parenthood mainly involves a deeper bond with the objective moral order, established by God, whose faithful interpreter is the righteous conscience. The exercise responsible for paternity therefore requires that the spouses fully recognize their own duties to God, to himself, to family and society, in a just hierarchy of values.

In the mission of transmitting life, the husbands are therefore not free to proceed arbitrarily, as if they could completely autonomously determine the lawful paths to follow, but must conform their conduct to the creative intent of God, manifested in the very nature of marriage and of his acts and constantly taught by the Church (cf. Gaudium et Spes, nn. 50 and 51).

For example, suppose that a newly married couple wants to mark a distance of three years between the first and the second child, so that they have time to save and buy a house with better conditions. As long as responsible fatherhood is exercised through natural methods, they will be within what faith teaches. Bad that his motives were comfortable, superficial: "I do not want to have one more child because I can ruin the figure" or, if necessary, "another baby would make me lose time and space with my wife", etc. The determination of the number of children is an inalienable right of the parents. Hence the Church recognizes and promotes it, though many ignore that point. Certainly, openness to life has to be given, but this does not mean that every sexual act should be aimed at having a child. For example, a couple with more than two, in no way contradicts the ends of marriage, if it makes use of the natural methods that humane Vitae recognizes, values and, in some cases, encourages. Obviously, this does not mean that we have to disparage the large families, whose contribution is widely recognized. It accepts only the methods predetermined by nature, because they demand self-control and dialogue between husbands. It involves waiting for the right moment and not acting in a mechanical way. This, in fact, makes the couple known and reach a deeper complement to the human, affective and sexual level. Many will say, but expect not to "burn" the illusion? If what we hope is something we want with a straight intention, that wait makes we value the moment more, giving it a perspective oriented towards transcendence.

Therefore, in premarital courses, let us make it clear that while it is true that procreation is, together with Eros and agape (the expression of Benedict XVI), one of the purposes of marriage, it is also true that it should be given in a regulated and well thought-out way in the light of faith. And of the personal situation, as wisely knew the blessed Pope Paul VI.