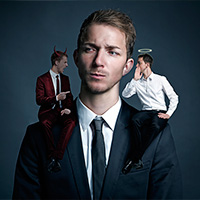 Ideas such as moving forward or backward are built on other ideas, such as the idea of progress.

It is advanced when decisions go towards a direction that implies improvement, in people and groups. It regresses When the opposite occurs when damage and worsening occur.

The foregoing, in turn, implies knowing what happens and being able to judge the events according to evaluative points, that would allow distinguishing between the best and the worst, between advances and setbacks.

Problems arise in the face of pluralism and changes in perspective over time. Some Muslim groups, there is progress and progress when Sharia is imposed on the entire State. A liberal the foregoing would be seen as a setback.

Another example, among the many that can be put. For those who want improvements in transportation building more roads can be a significant breakthrough. Those who defend forests and meadows and a more sober lifestyle, such roads would be a setback.

The List of examples could multiply, and it shows that not all of us have a clear idea of what it means to progress or go towards decay. Which does not mean that it is not possible to seek good foundations for such an idea?

We Can't get stuck in the uncertainty. It is necessary to regain confidence in intelligence to identify what is best for us and future generations, not only in terms of economic life but also concerning the other dimensions that characterize the human being.

Philosophy, in that sense, has much to say, if it is carried out in a serious way and without sophisms or manipulations that depart from the truth. It Will, of course, Be a philosophy convinced of its possibilities, but also aware of the obstacles that impede thinking well and acting properly.

During the frenzy of the modern world, it is necessary to identify valid parameters that allow us to separate the good from the bad, the advance of the setback, the outdated about what opens us to the most important horizon for any human life: the one that allows us to advance Towards the encounter with God and to welcome others according to the criterion of true love.