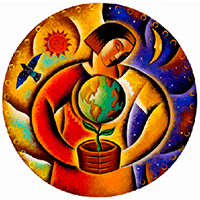 Several decades have passed since the Second Vatican Council, which took place during the pontificates of John XXIII and Paul VI, and there is no doubt that its radiance is not only evident in the historical change of certain matters of faith; but first of all in the emergence of new movements, lay associations and institutes of consecrated life. The active participation of the faithful in the masses in their mother tongues has also intensified the arrival of the Gospel in remote areas of the world and the evangelizing mission of the People of God is remarkable.

The then-priest Jorge Piquer, on December 8, 1966, after the first anniversary of the closing of the Second Vatican Council, pronounced that it was the most important event of the Church in the twentieth century, and it should be added that it represented a moment crucial in the history of mankind whipped by opposing ideologies, to the point that a nuclear war was almost unleashed, known as the missile crisis.

A diaphanous look at the social and political aspects that surround Vatican II, can be found in the work of Jaques Maritain, a French Catholic philosopher and leading exponent of Christian Humanism and Integral Humanism. This last concept was assume by the Catholic Church and made part of the Social Doctrine of the Church. Pope Paul VI considers this text in the bibliography of the Encyclical Populorum Progressio (nº 42), affirming with respect to a humanism that tends to the Absolute: "Such is the true and full humanism to be promoted." Subsequently, Pope John Paul II repeatedly referred to the need to promote "the values ​​of an integral humanism, founded on the recognition of true dignity and the rights of man, open to cultural, social and economic solidarity between people , groups and nations, with the awareness that the same vocation brings together all humanity. "

It appears as a key aspect of the Social Doctrine of the Church in its Compendium, published by the Pontifical Council for Justice and Peace in 2004.