Featured
articles
When violence breeds cowardice
In the face of arbitrary violence over innocents, it is stupor to see some raise flags in favor of respect for certain ideas as they look elsewhere at the victims of gratuitous and deranged assaults. 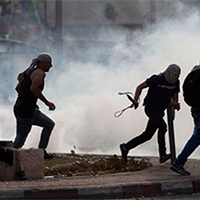 If a group reacts violently to innocents to any suspicion of aggression to its principles and ideas; whether the violence of this group generates fear and cowardice reactions in society; if the authorities do not pursue the aggressors with the force of law; if media "respond" with an accomplice silence and submit to the threats of that violent group... then we begin to live in a deranged world, where the one who uses arbitrary violence triumphs and where thousands of men and women know that they can be assaulted amid soul-chilling impunity.

It is always necessary to promote a climate of respect for people. But such respect does not give a patent for some, who declare themselves assaulted by alleged insults they claim to have received from others, to trigger unprecedented violence that leads to the blood of innocents accused of the "crime" of having the same passport of those who are seen as guilty of crimes not entirely proven or who, if they are, should only be confronted in fair courts and with the necessary guarantees for the accused.

In front of arbitrary violence over innocents, it is a case to see some raise flags in favor of respect for certain ideas as they look elsewhere at the victims of gratuitous and deranged aggression.

It is necessary not to get carried away by fear. Those who have held Solzhenitsyn's broad denunciations of the continuing and even absurd imprisonment and executions by the Soviet communists know to what extent of violence oppressors come when they see cowardice and disorganization of the oppressed.

In the face of those who use wild violence in the name of respect for their political, religious or other ideas, it takes enough courage to respond with respect for the law and the unforgiving security that must be guaranteed to any human being. Only then will it be possible to overcome fears that embolden aggressors and build societies in which the defense of the innocent is a firm, concrete and effective reality.