Featured
articles
The "new career" invented by Christ
In service, on the other hand, everyone benefits from one's greatness. Who is great in service is great and makes others great; rather than rising above others, elevates others with it. 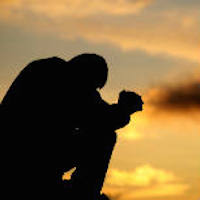 "Then he sat down, called the Twelve, and said to them: If one wants to be the first, be the last of all, and the servant of all".

Is it that Jesus condemns, with these words, the desire to excel, to do great things in life, to give the best of one, and instead privileges the neglect, the abandoned spirit, the negligent? This is what the philosopher Nietzsche thought, who felt compelled to fiercely fight against Christianity, and in his opinion accused him of having introduced into the world the "cancer" of humility and renunciation. In his work, as Zarathustra said, he opposes to this evangelical value that of the "will to power", incarnated by the superman, the man of "great health", who wants to rise, not to lower.

It may be that Christians have sometimes misunderstood the thought of Jesus and given occasion to this misunderstanding. But this is certainly not what the gospel means. "If one wants to be the first...": therefore, it is possible to want to be the first, it is not forbidden, it is not sinning. Not only does Jesus not forbid, with these words, the desire to want to be the first, but he encourages him. It only reveals a new and different way to do it: not at the expense of others, but in favor of others. It adds, in fact: ... be the last of all and the servant of all.

But what are the fruits of one or the other way to excel? The will of power leads to a situation in which one imposes oneself and the others serve; one is "happy" (if there can be happiness in it), the others unhappy; only one emerges victorious, all the others defeated; one dominates, the others are dominated.

In service, on the other hand, everyone benefits from one's greatness. Whoever is great in service is great and makes others great; rather than rise above others, lift others with it. Alessandro Manzoni concludes his poetic evocation of Napoleon's business with the question: "Was it true glory? In posterity the arduous sentence". This question, as to whether it was true glory, does not arise for Mother Teresa of Calcutta, Raoul Follereau and all those who daily serve the cause of the poor and the wounded of wars, often at risk for their own lives.

There's only one doubt left. What to think of antagonism in sport and competition in trade? Are these things condemned by the word of Christ, too? No, no, no, no, when they are contained within sports and commercial correction limits, these things are good, serve to increase the level of physical performance and... to lower prices in trade. Indirectly serve the common good.

Jesus' invitation to be the last certainly does not apply to cycle or Formula One racing!

St Paul draws, however, from athletic competitions, also positive teaching: "Athletes," he says, "are deprived of everything; and that's for a corruptible crown! we instead (to receive from God the) incorruptible crown (of eternal life)." Greenlight, therefore, to the new career invented by Christ in which the first is the last of all and servant of all.