Featured
articles
Justice and immortality of the soul
Is it worth acting ethically if it's all over with the burial? 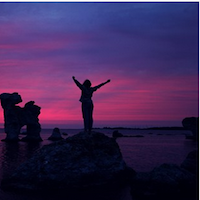 Is there anything for those who died after suffering serious injustices never repaired? Does a life destroy by the force of unscrupulous powerful make sense? Is it worth acting ethically if it's all over with the burial?

These are questions that arise from the very intimate of ourselves. We perceive that something is wrong if a man or woman dies without being compensated for by the injustices suffered, and if a criminal receives awards and praise for years before and after his death.

The questions, then, lead to a more radical one: can there be true justice if we deny immortality the soul?

We are not satisfied with the answer according to which history, sooner or later, condemns the bad and exalts the good. Because even after centuries there are bad people whose monuments shine in prominent places of the planet and receive praises from renowned historians, and there are good ones who were crushed by the oppressors and who lie completely in oblivion.

That is why there must be something after death that condemns the crimes of the unjust one and that rewards the lives of the innocent. That "something" is possible if our souls are immortal, and if there is a righteous judge who forestates the good and punishes the bad.

Decades of militant atheism and aggressive materialism have called into question the idea of the immortality of the soul and justice after death, have excluded God from any connection with human actions. But then, should we consider the deaths of millions of innocents crushed by the powerful absurd? Won't there be a punishment for those criminals who are even praised in important history books that tour our universities?

The love of justice leads us to admit that everyone, large or small, rich or poor, from the North or the South, will be weighed by our works. Whoever is closed to good, to forgiveness, to the truth, will be rejected. Whoever has opened himself to these values will enjoy an eternal life shared with God and with the righteous.