Featured
articles
The Devil's House
You don't need to sign a blood pact like Faust did to sell your soul. 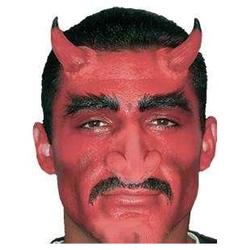 There are many representations we have of the devil: "Have faith in God and do not despair," Cantinflas told the devil when he lamented the decline in income in hell. Alejandro Casona, in his work 'The Boat Without Fisherman', ironizes with the image of a devil who does not smoke because the smoke makes him cough. Alejandro Dumas' Lucifer is romantic, appearing as a being who is able to do good from time to time. Not for nothing did he strive to clothe the vices of seductive temptation. Who invented lust, greed, lying, lying and gluttony? The thing is, we're ungrateful to the devil, though ingratitude was also invented by him.

Tirso de Molina delights us in his work Condemned for distrust with the antics of a lying demon who, posing as an angel, mocks a vain monk who was held as very holy. Goethe immortalized Mephistopheles. This demon bought the soul from the young Faust, signing a covenant of blood, in exchange for granting him pleasure and power. Finally, let us remember Scrutope and his nephew Caterpillar in Lewis' 'Devil's Letters to His Nephew'. The plot of these two devils is sympathetic until the outcome arrives where the reality that hides the malevolent uncle is discovered.

This week's gospel presents to us the deliverance of a man possessed by an unclean spirit. Nothing to do with the devil of literature, but the real one. It is spooky to see the ravages of the demon in a body: it twists, convulses, disfigures his face, emits dark groans, curses and insults. Although it's a shocking thing, it's just a physical possession that's fixed with a good exorcist.

The greatest damage of the devil is in the works that a person is able to perform when, by giving up good and truth, he commits the devil's own actions, such as lies, intrigue, division, defamation, violence, robbery or murder. It is not necessary to sign a covenant of blood as Faust did to sell the soul, it is enough to pervert one's own consciousness, which is the voice of God that induces us to do good and avoid evil.

The devil exists and "is homicidal from the beginning. When he lies, he speaks of what is inside him, because he is a liar by nature and a father of lies" (John 8:44). Pope Paul VI said that the devil's greatest success was to have men believed that it did not exist. There may be many who don't believe in the devil, but the devil does believe in them. By its fruits you will recognize it.