Featured
articles
Unequal Distribution or Premeditated Action?
Gerardo Donoso Contreras speaks of the social concern of the Church and the opinion of the Pope in the Encyclical Sollicitudo Rei Socialis. 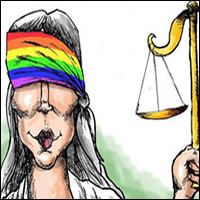 The social concern of the Church

We are therefore faced with a serious problem of unequal distribution of livelihoods, originally intended for all men, and also for the benefits of them deriving from them. And this happens not because of the responsibility of the indigent populations, much less because of a kind of fatality dependent on natural conditions or the whole of the circumstances.

The preceding paragraph is not taken from a journal or from a book by a sociologist or economist, but is taken verbatim from the encyclical SOLLICITUDO REI SOCIALIS, written and published by Pope John Paul II in the year 1987. His title can be read as the social concern of the Church.

That simple paragraph admits, recognizes, and why not say it, denounces the misdistribution of subsistence goods among men, who, as he points out, were created and made available to all men. In turn, the Pope points out that this situation is not provoked by the indigent or dispossessed population, nor is the consequence of a tragic fate over some men.

What or who then causes this unequal distribution?

Then S.S. John Paul II writes and tells us: the encyclical of Paul VI, declaring that the social issue has acquired a global dimension, it is proposed first of all to point out a moral fact, which has its foundation in the objective analysis of reality. According to the words of the encyclical, "each one must become aware" of this fact, precisely because it calls directly to the conscience, which is the source of moral decisions.

In this context, the novelty of the encyclical is not so much the affirmation, of historical character, about the universality of the social question as in the moral valuation of this reality. Therefore, those responsible for public management, the citizens of rich countries, individually considered, especially if they are Christians, have a moral obligation -according to the corresponding degree of responsibility- to take into consideration, In personal and government decisions, this relationship of universality, this interdependence that remains between the way they behave and the misery and underdevelopment of so many thousands of men.

More precisely, Paul VI's encyclical translates moral obligation as a "duty of solidarity", and such affirmation, though many things have changed in the world, now has the same strength and validity as when it was written.

You can hardly be clearer about it.

Although it is true this encyclical was written in the year 1987 and in the light of the encyclical Populorum Progressio of Pope Paul VI continues to be effective today, even when one sees solidarity initiatives to change certain socio-cultural conditions of sectors of the various peoples, it is clear that these efforts are small in front of machinery and machinists who prefer to keep things as they were and how they are.

It is a pleasure to see many young people work and devote their time every year to those in need, but that effort is diluted as long as they fail to see the CAUSES of those needs, as long as they do not succeed in adulthood to be able to detect the perpetrators or manufacturers of so much misery, pain and poverty.

How can we respond, at least individually, to this moral obligation that the Pope poses to us?

Creating more charitable institutions that call to distribute pieces of bread among those in need is not the solution, but rather to seek solutions to the serious problem of lack of work and education. I work for adult men and women and real education to children. Education, not mere instruction to be subsequently cheap labor.