Featured
articles
Among the Synod themes: sacraments, divorced, unmarried youth, contraception, pornography and abortion
In the first general Congregation of the Synod of Bishops on the family, the rapporteur general has offered an overview of what will be the discussion in the next three weeks. 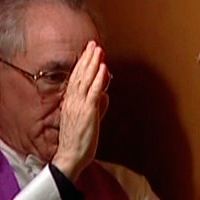 Cardinal Péter Erdö, general Rapporteur of the Synod, was the manager this morning to make the introductory relationship in which he reviewed and analyzed in detail the most important points to deal with over the next three weeks. Thus, addressing all the participants of the ordinary Synod of bishops on the family, he took a review of the Instrumentum Laboris.

With regard to the socio-cultural context, the Cardinal indicated some of the current problems such as "the effects of climate change and environment" and those of "social injustice, violence, wars" that push millions of people to leave their homeland and try to survive in other parts of the world. It is clear that the migratory movement "is disintegrating families or is a difficulty in their formation". He also stressed that in many parts of the world there are people who work for such a low salary that "barely allows them to survive to be able to continue working, but that does not make possible the creation of a family".

Reflecting on the anthropological change, he recalled that another of the difficulties to take into account is that "the person in search of his own freedom, often tries to be independent of any union, sometimes also of religion, which constitutes a union With God, of social unions, especially those that are connected with the institutional forms of life". If we do not trust - he observed - in being able to know the objective truths and the objective values that are based on reality, we run the risk of looking for orientations for our social behavior based on only formal criteria, like a numerical majority, that does not content, or procedural formality, before several agencies, as the sole justification of an election. And an example of this is the growing number of couples who live together but do not want to establish any kind of marriage, neither religious nor civil. And he noticed how the young spouses take care of all the minimum details of the wedding, but at the same "neglects the true meaning of marriage".

On institutional instability, the Cardinal noted that more and more people are getting older and the fear of the young to take on definitive responsibilities and commitments. On the subject of individualism and subjectivity, he said that it is necessary to avoid the current tendency to make happen what are simple desires, often selfish, as true and own rights, while denying the objective basis of any right.

Of the biological and cultural aspects must be taken into account that the consumer society "has separated sexuality and procreation and also this is one of the causes of the descent of the birth".

With regard to the "exploitation and violence against women" that in the developing countries translates into "forced abortions and sterilizations", in others into "negative consequences with practices linked with procreation", such as belly rent and ovules, forced by the "desire to have a child at any price". The so-called "bio-technological revolution" said the cardinal "has introduced new possibilities to manipulate the reproductive act" making human life and the transmission of life "modulable and separable realities."

On the other hand, he pointed out the problematic of affective immaturity and fragility, "effect of a true lack of effective and affective education in the family, in that the parents do not have time for the children, or they get divorced." And the children "do not see the example of adults, they face only with the behavior of their contemporaries." So -underlined- "affective maturity is trimmed and not allowed to develop." It places in this context pornography and the marketing of the body favored by a "disordered" use of the Internet. So -warned the cardinal- the couple's crisis destabilizes the family and weakens the unions between generations.

The cardinal reflected on the marriage indissolubility as a gift and task indicating that it is not something that should be understood as "yoke" imposed on men but as "gift" made to the people united in marriage. This project of God on Marriage and the family "offers a possibility of fullness for the life of the people interested also today, despite the difficulty that is in maintaining the commitments forever".

On those who live in civil marriage alone and mercy on wounded families, the general rapporteur recalled the importance of "merciful and realistic care", as soon as "they do not feel prepared to celebrate the sacrament, seen difficulty that such a choice might provoke today". And if the community manages to show themselves welcoming to these people and clearly present the truth about marriage, it will be possible to help "these faithful to come to a decision for sacramental marriage.

He also said that the family's collaboration with public institutions is desirable for the interests of the family. Indicated that Christians should try to create economic support structures to help families who are particularly battered by poverty, unemployment, job precariousness, lack of social-health assistance or are victims of exploitation.

On the other hand, on the subject of marriages in crisis, of accompaniment and ecclesial integration, he pointed out that the mission of the Church towards those who live in a problematic marriage or family situation is "delicate and demanding". It is important to have, at least at the diocesan level, "listening centers that on the one hand can help already in the moments of the crisis, but also successively". Another type of consultation, equally important, is to offer the divorced "a help to clarify the eventual invalidity of their shipwrecked marriage".

With regard to the divorced remarried civilly there must be "a merciful pastoral accompaniment which leaves no doubt about the truth of the indissolubility of the marriage taught by the same Jesus Christ".

And he recalled that "it is not the shipwreck of the first marriage, but the coexistence in the second relationship that prevents access to the Eucharist". He also clarified the importance of listening to the children "victims of these situations" and of "encouraging the spouses left alone after a failure, of persevering in the faith and in the Christian life".

In the same way, he indicated the challenges of mixed marriages, that is, between Christians of various confessions and those celebrated with the dispensation for the impediment of cult disparity, between a Catholic and an unbaptized one.

Another topic addressed at this point was the welcome and closeness to people with a homosexual tendency. The Synod reiterates that "everyone is respected in their dignity regardless of their sexual tendencies" and wants "pastoral programs to reserve specific attention to families where people with homosexual tendencies and these people live". But the cardinal warned that "there is no basis whatsoever to assimilate or establish analogies, even remote, between homosexual unions and God's design of marriage and family".

In connection with the transmission of life in the family, he recalled that "openness to life is an intrinsic requirement of conjugal love. The generation of life, therefore, is not reduced to a variable of individual or partner projection. " The individualistic vision of procreation -he added- can contribute to the strong fall in birth, weaken the social fabric, compromise the relationship between generations, and make the look of the future more uncertain. In the same way, he stressed that the task of the family is "to welcome the nascent life and to take care of it in its last phase".

On the drama of abortion, the Church reaffirms "the inviolable character of human life", offers consultation to pregnant women, supports young mothers, assists abandoned children and becomes a companion to those who have suffered abortion and have become aware of their Error. It also reaffirms "the right to natural death, while avoiding both therapeutic fiercely and euthanasia".

Finally, the preside concluded by entrusting the works of the Synod to the Holy Family of Nazareth, and invoked a community awakening to face the challenges of today's family, calling for "the light of the Holy Spirit to indicate to us also the concrete steps that We must give".