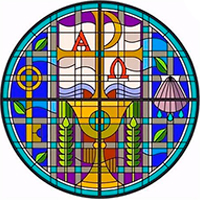 Sacrament of Extremeunction or Anointing of the Sick

As to Anointing by conferring the Holy Spirit completes the sacrament of baptism, so extreme unction is the complement and completion of penance. Penance restores the justification lost by sin, extreme unction takes away the infirmity left by sin; it 'removes that state which might be an obstacle to the clothing with glory of the resurrection'; and, as every sacrament makes us men in some respect like Christ, 'so we become by extreme unction like the risen Christ because it will be given to the dying as a sign of the glory to come in which everything mortal will be stripped from the elect' (Albertus Magnus). According to the teaching of great theologians, the holy anointing makes the man who stands at the threshold of eternity and loyally cooperates with the grace of the sacrament ready to enter directly upon the Beatific Vision.

That this sacrament was provided for the sick to strengthen them and prepare them for a happy passage to the hereafter was for centuries an undisputed part of tradition. The ancient prayers accompanying the anointing of the sick are evidence of this. The Church only had to concern herself officially with the doctrinal side of it when particular questions cropped up or errors appeared. For this reason the earliest documents deal more with the question of the minister and the external rites. It was not until the Reformation denied the sacramentality of extreme unction and its institution by Christ that a more exact exposition was demanded of the Council of Trent.

Extreme Unction is a true sacrament instituted by Christ and proclaimed by St. James. It is administered by anointing with blessed oil accompanied by prayer. Only a priest can validly administer it. It can be received by any baptized person who has reached the age of reason and is on account of sickness or age in danger of death. Its effect is the strengthening of the soul, often of the body as well, and in the necessary conditions remission of sins.