Featured
articles
A Year To Grow in The Conviction of Mercy
How to live and travel, this Holy Year? 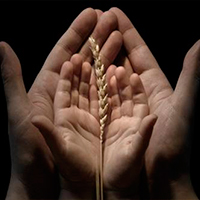 There is no doubt that this time the coincidence has been casual and, above all, providential and full of significance and questioning. Francis was able to choose the afternoon of March 13 for the announcement of the Year of Mercy to coincide with the second anniversary of his papal election. But that the opening of this extraordinary jubilee, on December 8, Solemnity of the Immaculate Conception and fiftieth anniversary of the closing of the Second Vatican Council, was also the day 1,000 since it fits the sandals of the fisherman was escaping to Any human cabal.

Beyond the anecdotal and paradigmatic of this triple coincidence, the truth is that these three facts -thousand days of Francis, fiftieth anniversary of Vatican II and opening of the Jubilee Year of Mercy, and all under the gaze and protection of Mary Immaculate-  are clad in an undoubted symbolic and questioning force and are in themselves, separately and even more together, a sign of the high, a grace of the spirit, a salvo for the church still of the dawn of the third millennium. What are their meanings and challenges?

First of all, to regain and strengthen the most authentic of the legacies of the Council. What is it? "Do not neglect the spirit emerged in Vatican II, the Samaritan... to cross today the Holy Door commits us to make our Good Samaritan's Mercy" as Francis said at the end of the homily on December 8 (pages 34 and 35). The Apostolic Ministry of Pope Francis and his proverbial and so admirable acts and sayings of mercy are an unquestionable endorsement: Vatican II has no reverse (page 18), we have nothing to fear from the last council. The time has run out of the questioning, of the "hermeneutics", of going farther or lagging behind what the last great assembly of Conciliar, moved by the Parakletos, asked for our church: "A true encounter between the Church and the men of our Time. A meeting marked by the power of the spirit that pushed the church out of the pitfalls that for many years had held it in itself, to resume with enthusiasm the missionary path. "

Secondly, the whole church-pastors and faithful, faithful and pastors, United, in communion, each in its place-must renew their awareness that the way of mercy is the way of God, is the way of creation, of Providence , of the incarnation, of the redemption, of the work of the spirit and of the mission of the church. Mercy is not a "Plus", a fashion, a "soft" response and accommodative to tough times and several inclement weather. It's God's answer. "You cannot understand a true Christian," said Francis in the Angelus on December 8 (page 35) not merciful, as God cannot be understood without his mercy. " We need to rediscover now and always that God is mercy. "May the Jubilee of Mercy -the pope wrote in his Twitter account on December 8- bring all the goodness and tenderness of God." "Entering through the door (the Holy Door of mercy) means discovering the depth of the mercy of the father who welcomes everyone and comes out personally to meet each one."

Thirdly, we are all urge of the need to witness mercy through the experience and exercise of mercy. It was commented by our Editorial from two weeks ago (ecclesia, Number 3,807, page 5): Mercy was the answer that St. John Paul II -then "only" Karol Wojtyla- found from God in the years of lead and horror of World War II and post-war; and mercy remains the answer that God now hears Francis, amidst so many and such serious problems and adverse vicissitudes, outside and within the church. Mercy is not weakness or blandenguería. Mercy is not opposed to justice, but is complemented. And mercy are facts, not words.

In short, how to live and travel, this Holy Year?: Being merciful to all and among all as the father is with each and every one of us.