Luke 15: 1-3, 11-32. He loves his sons, sacrifices himself for them, and has tremendous hope and fatherly pride in them. 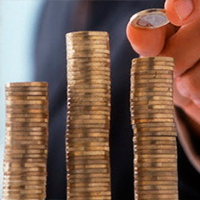 Introductory Prayer:
Lord, though I cannot see you with my eyes, I believe you are present to me now, in my innermost being, and that you know me far better than I know myself. I also know that you love me much more than I love my own self. Thank you for loving and watching over me, though I don't deserve your love. In return, I offer you my sorrow for my sins and my hope to love you more each day.

Petition:
Jesus, guide me to a complete rejection of sin in my life.

1. Love:
The Double-Edged Sword -  Place yourself in the father's shoes. He loves his sons, sacrifices himself for them, and has tremendous hope and fatherly pride in them. He intensely wants them to be happy and seeks what's best for them. Above all, he wants them to respond to his love for them with the same generosity, the same intensity of self-giving. There is nothing more painful for a lover than unanswered, ignored or scorned love. Imagine how much God loves us: he sends his only begotten Son into the world, to become man –– with all the limitations and suffering this entails ––to die on a cross, in our place, because of our sins.

2. Forgetting to Count Your Blessings:
The minute the son begins to think about himself and turn his attention away from the father's love is the minute he begins to have problems that will lead to spiritual and material bankruptcy. Asking for his inheritance was tantamount to wishing his father's death, since an inheritance is bestowed only after the death of one's parents. How many times have I asked God to die by choosing my own will over his? Self-centeredness leads to ingratitude: forgetting that I have received everything from God through no merit of my own and that it will all return to him. Self-centeredness also leads to trying to find happiness anywhere except the one place it truly is found: God.

3. A Rude Awakening:
Anytime we turn away from the love and grace of God and turn to sin, we lose our senses and leave God for a distant country. God's will is our home, even if on the surface it may seem unpleasant. Sin blinds the intellect and weakens the will. Its every moment is a point of departure. But—every saint has a past and every sinner has a future. We can turn back to God right now. He is with us right here, right now, pouring out his grace. He ardently longs for us to respond to him, just as the father in the parable must have longed for the return of his son. I can stand up. I can return to my Father. I can bury my past in Christ. I can go to him for forgiveness.

Conversation with Christ:
Heavenly Father, I clearly see the many times I have said No to you and chosen myself. I give thanks for having such a patient and forgiving father as you. I am sorry for my lack of love for you. Now I reject sin once more and turn back to you, confident of your mercy and forgiveness.

Resolution:
I will say a heartfelt act of contrition, relishing God's love and mercy for me.