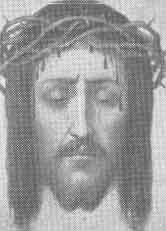 We offer below the speech that the Pope addressed, in the Clementine Hall of the Vatican Apostolic Palace, to the members of the Union of Industrialists and Companies of Rome.

Illustrious gentlemen and ladies
I am happy to address my cordial welcome to each of you, in this vigil of the feast of St. Joseph, which is an example for all those who operate in the world of work.

I address my deferential thoughts to Doctor Aurelio Regina, President of the Union of Industrialists and Businesses of Rome, thanking him for the courteous words he has addressed to me. With him, I greet the Board and the Board of Directors of the Association.

The Roman business reality, formed in large part by small and medium enterprises, is one of the most important territorial associations belonging to the Confindustria [the Italian Employer, ndt], which today also operates in a context characterized by globalization, by the effects negative aspects of the recent financial crisis, by the so-called "financialization" of the economy and the companies themselves. It is a complex situation because the current crisis has put to the severe test the economic and productive systems of several countries. However, this must be lived with confidence, because it can be considered as an opportunity from the revision of the development models and a new organization of the world of finance, a new time - as it has been said of deep revision.

In the Caritas in Veritate social encyclical, I have observed that we have come from a phase of development in which what is material and technical has been privileged, with respect to what is ethical and spiritual, and encouraged to put at the center of the economy and from finances to the person (cf. n.25), to which Christ reveals in his deepest dignity.

Proposing, moreover, that the policy is not subordinated to financial mechanisms, I requested the reform and creation of international legal and political systems (cf. No. 67), proportionate to the global structures of the economy and of finance, to achieve more effectively the common good of the human family.

Following in the footsteps of my predecessors, I reaffirmed that the increase in unemployment, especially in the youth, the economic impoverishment of many workers and the emergence of new forms of slavery, demand as a priority objective access to decent work for all (cf. and 63). What guides the Church to become a promoter of a similar objective is the conviction that work is a good for man, for the family and society, and is a source of freedom and responsibility. In achieving these objectives, they are involved, along with other social entities, entrepreneurs, who should be particularly encouraged in their commitment to the service of society and the common good.

Nobody ignores how many sacrifices have to be made to open or maintain the company itself, as a community of people that produces goods and services and that, therefore, does not have as its sole objective the benefit, on the other hand necessary. In particular, small and medium-sized companies are increasingly in need of financing, in that credit seems less accessible and competition in globalized markets is very strong, especially by those countries where there is none or are they minimal social protection systems for workers. Hence, the high cost of labor makes the products and services less competitive and not small sacrifices are required so as not to dismiss the dependent workers themselves and allow them to update professionally.

In this context, it is important to know how to overcome this individualistic and materialist mentality that suggests removing the investments of the real economy to privilege the use of capital in financial markets, from each of the easiest and fastest yields. Let me remind you that instead, the safest ways to face the decline of the country's business system is to network with other social realities, invest in research and innovation, not practice unfair competition between companies, do not forget your own duties social and incentivize productivity in quality to respond to the real needs of people. There are several proofs that the life of a company depends on its attention to all the subjects with whom it establishes relationships, on the ethnicity of its project and its activity. The same financial crisis has shown that in a market shocked by the failures in the chain, they have resisted those economic subjects capable of sticking to moral behavior and attentive to the needs of their territory. The success of the Italian company, especially in some regions, has always been characterized by the importance assigned to the network of relationships that it has been able to weave with the workers and with other business realities, through relationships of collaboration and mutual trust. The company can be vital and produce social wealth if what guides entrepreneurs and managers is a vision of the future, which prefers long-term investment to speculative profit and that promotes innovation rather than thinking about accumulating wealth just for itself.

The entrepreneur attentive to the common good is called to see his activity always in the picture of a plural whole. This attitude generates, through personal dedication and the fraternity lived concretely in economic and financial elections, a more competitive and at the same time more civilized market, animated by the spirit of service. It is clear that a simple business logic presupposes certain motivations, a certain vision of man and life; that is, a humanism born of the consciousness of being called as individuals and as a community to be part of the one family of God, who has created us in his image and likeness and has redeemed us in Christ; a humanism that rekindles charity and lets itself be guided by the truth; a humanism open to God and, precisely for that reason, open to man and a life understood as a solitary and joyful task (cf. n ° 78). Development, in any sector of human existence, also implies openness to the transcendent, the spiritual dimension of life, trust in God, love, fraternity, welcome, justice, peace (cf. n 79). I want to underline all this while we are in Lent, a favorable time for reviewing one's deep attitudes and for questioning about the coherence between the ends to which we tend and the means we use.

Distinguished Ladies and Gentlemen, I leave you these reflections. And while I thank you for your visit, I predict all good for economic activity, as well as for the associative one, and I willingly impart to you and your loved ones, my Blessing.