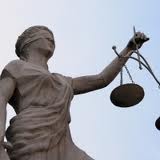 OMA, Monday, June 7, 2010 (ZENIT.org) .- In his speech at the XIV Session of the UN Human Rights Council in Geneva, Switzerland, Archbishop Silvano Maria Tomasi, permanent observer of the Holy See to the Office United Nations of this city, asked to end the speculation of the so-called "vulture funds".

The latter, he explained in an interview with Vatican Radio, are funds or investments that take the name of this bird that strips the bones of the carrion of other animals or attacks when an animal is about to die.

In other words, they are speculative funds that acquire at a low price the debt of the developing countries, to the public or private creditors, but above all to the State. After which, the company that buys the debt at a very low price will ask the debtor country, in a completely legal way, to reimburse the initial credit, increasing the demand and also asking for the interest, so that the initial cost increases much.

When the country cannot pay, especially developing countries in Africa, these vulture funds try to take money from public funders or from any primary resource in this country, such as oil or other raw materials, in a way not only to recover the initial cost but making huge profits at the expense of these countries.

In this context, the Holy See calls for the elimination of such speculations because they are to the detriment of the poorest countries, which have the right in return to have what is necessary for their people and to move towards development.

In other words, he stressed, the economy has social consequences that must be taken into consideration and to which priority must be given because, in the end, the common good that we are looking for: the good of people is above the mechanisms of profit.

We support the principle that debts must be paid, but at the same time it is also said that populations have the right to survival, said the prelate, recalling that the exercise of fundamental human rights must be guaranteed.

Debt, therefore, should not become a form of oppression, blocking development and survival.

We must find formulas to encourage indebted countries to avoid the lack of transparent management, avoid corruption, avoid failed programming, and rich countries to forgive these debts when possible, to guarantee a new recovery for these countries, he concluded.