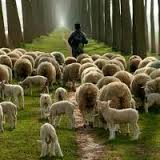 Message to the laic faithful of Latin America and the Caribbean

Laity, bishops, and priests from 21 Latin American and Caribbean countries, convened by the Departments of Vocations and Ministries, Ecclesial Communion and Dialogue and Justice and Solidarity of the Latin American Episcopal Council (CELAM), we met in Lima, Peru from March 10 to 14, 2011, to reflect on the identity, spirituality, and mission of the laic man, with the aim of strengthening its ecclesial role in the world in the light of Appeared, facing the Continental Mission. We share this message, the fruit of our reflections, with the holy people of God who pilgrims on this continent, especially with the laity and laic people.

J. Encourage the renewal of educational processes so that they facilitate the meeting and sharing of knowledge among people. That the education promoted the values that privilege the construction of justice, fraternity, solidarity, truth, peace, and love, in the valuation of being above having.
K. Educate new generations in generosity and availability for solidarity service with social, environmental and ecological responsibility.
L. To know, deepen and disseminate the Social Doctrine of the Church.
M. In the bicentennial of the independence of our peoples, to take on the challenge of make this continent of hope a continent of love from the poor and excluded, where we are all citizens of the Americas, with responsibilities and rights, which requires us to definitively open our borders.
N. The laic faithful who participate in the policy or public office in a direct or indirect are asked to:
• Promote respect for life, from conception to its natural end.
• Defend the family as the core of society and the privileged space of training.
• Promote the processes of building a participatory democracy with ethics and respect for plurality, strengthening the auditing and control agencies of the powers of the State;
• Promote the design and implementation of public policies that favor the quality of life of the poorest and most excluded, mainly in housing areas, food, health, and education.
• Act coherently with your faith, assuming power as a service to the brothers and society to generate the common good, justice, peace, and solidarity. the construction of a new society, common house and fraternity space, is our responsibility to all. In it we are born, live and exert the variety of the gifts that the creator has given. Inspired by the Word of God and encouraged by the Holy Spirit of God, together with the people of goodwill, we assume with fortitude and courage the responsibility to contribute to the growth and expansion of the Kingdom of life, truth, justice, peace, and love.
We feel that we are not alone in this task. The Spirit of God encourages, inspires and strengthens
That, together with the Virgin Mary of Guadalupe, mother of Love and Lady of Hope, let us be before the world witnesses of the truth and of the love that leads to the meeting of the Lord resurrected who is among us walking with his people.
Lima, March 2011