Featured
articles
20 Forms of Idolatry in Modern Society
Today's society is full of modern idols and the primary reason for this is because they have forgotten about God or have done it aside. 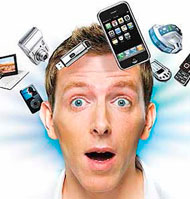 Do you know what idolatry is? The definition of an idol could be as follows: "Any person, place or thing, or even an idea that is placed above God."

In Moses' time there was a danger of worshipping a golden calf, which Moses destroyed. In a moment of Wrath Moses also destroyed the tables of the law, the Ten Commandments.

Today's society is full of modern idols and the primary reason for this is because they have forgotten about God, they have set God aside as something irrelevant, someone unimportant that can be relegated.

In other words, the concept of idolatry goes directly against the first and most basic of the Ten Commandments in which we have been sent to love God totally, not partially.

In fact, if we have decided that in our lives, we will love God completely with all our heart, mind, soul and strength, then we will love our neighbor as ourselves (Lea Lucas 10,30-37). This will be the solid foundation upon which we shall build, so that we can really achieve with every fiber of our being the truly living the other commandments.

So, let's do a serious examination of our lives to see if we are guilty of some kind of modern idolatry and that we can make the necessary changes in our lives.

Jesus ' first words in his public life were: "Repent because the Kingdom of God is near." (Mark 1.15)

Without any particular order, modern idolatries:

1.The idol of vanity.

Do I spend too much time watching myself in the mirror every morning? Vanity! Yes, I am in the mirror of vanity, hoping to inflate my own image and the importance I have of myself.

Maybe I've already decided to stop going to mass this day to go shopping. Many people in this world starve and sleep in bags under bridges and I want to buy another dress to add to my closet with more than 50. Wouldn't it be better to start giving some extra money to the poor? Wouldn't this be more pleasing to God?

Almost the beginning of his papacy, Pope Francis warned us of the danger of placing cosmetic care on a very high pedestal. This pope, who chose San Francisco as his model, is warning us that we should not spend a lot of money on aesthetic doctors, especially when a number of children are starving everyday people have much more value than things!

The Black Friday is famous for the large number of people making long lines to then enter the shops stampeding and buy at the best prices gifts for Christmas our possessions cannot possess us!

With regard to the dress, if a man or woman dresses provocatively, this can also be a form of modern idolatry, and indeed a temptation or source of temptation for someone else to fall into sin.

St. Paul reminds us that we must respect our bodies because they are temples of the Holy Spirit.

It's the weekend and the body knows it! Could it be that you're really obsessed with alcohol? While you're working, you're thinking about getting home to go out with friends, and just take it to the point of getting totally drunk?

Of course, one of the most common idols in the last 40-50 years has been television.

More than 200 years ago St. Elizabeth Anne Seton had a vision of a black box that would enter American families and end up destroying and separating families. Could this so-called black box be the TV? What do you think?

Individuals and families can spend so much time in front of television that there is no more time for dialogue and family communication!

Although this has already been legalized in several countries of the world that does not mean that it is morally correct. It is sad to say but this will increase the number of young people, as well as the elderly, using it and becoming addicted to it.

Of course, another modern idol is eating and falling into the sin of gluttony-eating constantly, eating a lot and eating unhealthy foods.

With this idol is so easy to fall simply because of its presence and availability of so much food that can be acquired at a relative low price have you considered that maybe you're a glutton?

St. Paul reminds us that we must not worship the god of the stomach!

There's absolutely nothing wrong with sports. In fact, joining us in sports from young people is something that complements and is very healthy.

However, if both playing and watching sports implies that we do not have time for God at the weekend because there is no time to attend the holy sacrifice of the mass, then the sport has become an idol as well.

A very sad but persuasive reality is how the so-called nightclubs have multiplied. This does not really require further explanation, many of us have an inner feeling that these are places of doom, even though they are widely visited by men and women. This is a modern golden calf adored by many!

Another modern idol is the addiction to the casinos. This idol has multiplied far and wide, damaging the lives of many, and with them that of his family. This addiction can become very strong and ultimately devastating end.

13.Psychics and confident readers of fortune.

This has become a god for many. Absorbed by many problems, instead of returning to God for help and trusting God's divine and providential care, many turn to these so-called psychics who read hands, who read letters, tarot cards, that look in crystal balls to "predict" the future , making one side the real help that comes from God alone. This can be truly an idol.

Many believe in the signs, in the stars rather than in the Lord who created the sky and the stars. The psalmist tells us: "Our help is the name of the Lord who Made Heaven and earth." Even great writers like Shakespeare warn us: "The fault is not in the stars, but in ourselves."

15. Satanism and Worship of the devil.

The Satanic groups are multiplying and even already in primary schools. Also, some statues and monuments have been erected to pay tribute to the devil.

One cannot serve God and the devil. In the beginning Lucifer cries "I will not serve", meaning that it would not serve God. His clamor called for rebellion and can still be heard loud and clear. Idolatry is the rebellion against hearing the voice of God in our lives.

This is a really hard one! No doubt animals and pets can be big companies, especially in the lives of the elderly or people who live alone and who have to cope with the feeling of loneliness.

However, in our modern world, pets are sent to treatments in specialized hospitals where heavy sums of money are paid, in fact thousands and thousands of dollars are spent on these animals, and at the same time there are children who starve in Everybody, there's something out of place, out of order. This can also become an idol.

18.The phone and the Internet.

In a very obvious way the use of the phone with Internet access, as well as the use of the Internet by itself in any way, can be lent to exaggeration. This may be subject for many comments. But let's leave it.

The phone with the Internet can become for many in the number one idol of their lives! Many husbands spend more time with their phones than communicating with each other. Once again: Idolatry! Be careful!

The most powerful of addictions in the modern world is pornography. This is really the number one golden calf. You can tell a lot about this devastating reality! In fact, many men, women, young people and even children are becoming slaves to this idol.

20. Memories of past loves.

Married people cannot be tied to memories of dating from the past. Not only because this can become idolatry, but it can also represent a mental or sentimental form of adultery.

Beware of so many enemies for the destruction of our souls!

Let us make a very honest and sincere examination of conscience, look in our daily life to see if any of these many idols have been enthroned on the altar and the center of our life. If this has happened, this is the moment, of dethrone them and decapitate these false gods, these golden calves, and to enthrone Jesus as the Lord God and King of all our existence.