Featured
articles
The fraternity, secret to overcome the economic crisis
The Vatican representative at the UN intervenes in New York 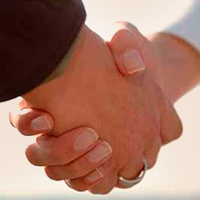 The fraternity, secret to overcome the economic crisis
The Vatican representative at the UN intervenes in New York

New York, Sunday, March 14, 2010 (ZENIT.org).-Fraternity is the means that can promote the overcoming of the current global economic crisis, says archbishop Celestino Migliore, apostolic nuncio and permanent observer of the Holy See before the UN.

The preside took part in the meeting organized on Wednesday at the UN headquarters in New York for the permanent Mission of the Holy See and the foundation "Path to Peace" on the theme "Globalization: It makes us neighbors, takes equality between men and women. Can you also establish a fraternity? In the light of the encyclical "Caritas in Veritate".

The fraternity, explained archbishop Migliore, is "a principle that has always characterized the social doctrine of the Church."

Today, he said, "It is decisive to successfully overcome the current economic crisis, to rebase the economy on solid foundations and to ensure equitable redistribution of wealth."

"The concept of fraternity, in economics, helps us to overcome the almost impregnable dichotomy between" for-profit "and" non-profit "and is expressed in the availability to conceive the benefit as an instrument to achieve the purpose of humanization of the market and society," he revealed.

During the meeting, explained Monsignor Migliore, "This innovative idea has been illustrated with a documentary on several initiatives carried out in this regard in the field of civil economy or communion of which speaks the "Caritas in Veritate ", the encyclical of Benedict XVI's social.

This last "is often quoted when it is argued that economics and ethics are not disjointed," the archbishop noted.

But, he continued, his "innovative aspect" is not simply to have emphasized the relationship between economics and ethics, but also to have opened new horizons and to encourage the establishment of a civil or communion economy that exceeds the mere logic of profit."

According to Monsignor Migliore, "this is a long, long-term work" because it "presupposes a culture of human relations that we must encourage more and more."

"It presupposes, in our part, an intelligent and active understanding, also in political and legal terms, of Pope Benedict XVI's discourse on charity, far from the consolidated thinking schemes that change it for a pure assistentialism, alms, good individual deeds.”

"In this area, he concludes, the reception of the encyclical will be measured over time.".