Featured
articles
10 Times where Playing Football Tests our Faith
The field is also a space for evangelization. 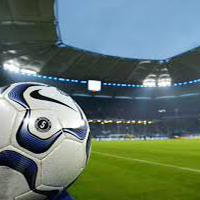