Featured
articles
The First Nicaea Council. Year 32
It was the first Ecumenical Council of the Catholic Church, which was celebrated against Arianism. 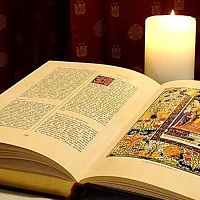 It was the first Ecumenical Council of the Catholic Church, which was celebrated against Arianism.

Previously, in the year 320, or the 321, Saint Alexander, bishop of Alexander had convened in this city a council in which more than one hundred bishops of Egypt and Libya anathematized to Arrio. But they continued to exercise in their church and recruiting adepts. When he was finally expelled, he went to Palestine and from there to Nicomedia. During this time, St. Alexander published "Encyclical Epistle," which was answered by Arrio; from this moment it was evident that the controversy had reached a point that escaped the possibility of human control. Sozomen mentions a council of Bithynia which led an encyclical aimed at all requesting bishops who received the Arians in the communion of the Church. This dispute, together with the war that soon erupted between Constantine and Licinius, complicated the situation, in part; it explains the worsening of the religious conflict during the years 322-323.

Finally, after he had defeated Licinius and had been proclaimed the only emperor, Constantine was concerned to restore religious peace and civil order. He sent letters to St. Alexander and Arrio lamenting his heated controversies concerning matters of no practical importance and advising to agree without delay. It was evident that the emperor was not aware of the importance of the Arrio controversy. Hosio of Cordoba, his counselor in religious affairs, took the letter of the emperor to Alexandria but failed his conciliatory mission. Given this, the emperor, perhaps advised by Osio, thought of not having a better solution to restore peace in the Church than to convene an ecumenical council.

The emperor himself, in some respectful letters, begged the bishops of the various countries to go to Nicaea without delay. Several bishops from outside the Roman Empire attended the Council (for example, from Persia). It is not historically proven whether the emperor, in convening the Council, acted on his behalf and in his name or if he did so according to the Pope; however, Constantine and Silvestre would probably have reached an agreement. To facilitate the assistance to the Council, the Emperor placed at the disposal of the bishops the public means of transport and the post office of the Empire; even while the Council was held; it provided abundant provisions for the maintenance of the attendants.

Nicaea's choice was positive to facilitate the attendance of a large number of bishops. It was easily accessible to bishops from almost all provinces, but especially to those in Asia, Syria, Palestine, Egypt, Greece, and Thrace. The sessions were held in the main temple and the central lobby of the imperial palace. Indeed, a large space was needed to receive such a large assembly, although the exact number of attendees is not known for certain. Eusebio speaks of more than 250 bishops, although later Arab manuscripts mention the figure of 2,000 – an obvious exaggeration that makes it impossible to know the approximate total number of bishops, as well as that of priests, deacons and acolytes who, as it is said, were also present, in great number. St. Athanasius, the member of the Council, speaks of 300 and in his letter "Ad Afros" explicitly mentions 318. This figure is almost universally accepted and there seems to be no reason to reject it.

Most of the present bishops were Greeks; among Latins, we only know Hosio of Cordoba, Cecile of Cartago, Marcos of Calabria, Nicasio of Dijon, Dono of Stridon in Pannonia, and the two priests of Rome, Victor, and Vicencio, who represented the Pope. The assembly counted among its most famous members to Saint Alexander of Alexandria, Eustachio of Antioch Macario of Jerusalem Eusebio of Nicomedia, Eusebius of Caesarean section and Nicholas of Mira. Some of them had suffered during the last persecution; others were not sufficiently familiar with Christian theology. Among the members was a young deacon, Athanasius of Alexandria for whom this council was the prelude to a life of conflict and glory.

The year 325 is certainly accepted as the First Council of Nicaea. There is less agreement, among our first authorities, concerning the month and the day of the opening. To reconcile the indications provided by Socrates and the minutes of the Council of Chalcedony, the date may, perhaps, be placed on May 20th, and that of the wording of the symbol of the faith on June 19th. It can be accepted, without further hesitation, that the synod, which had been convened for May 20th, held less solemn meetings, in the absence of the emperor, until June 14th, when, after the arrival of the latter, the sessions were started properly and they formulated only from the faith on June 19th, after which various issues were dealt with (the paschal controversy, etc.) and the sessions concluded on August 25th.

The opening of the Council was made by Constantine with great solemnity. The emperor waited for all the bishops to occupy their places before making his entrance. Dressed in gold and covered with precious stones, according to the custom of the Eastern sovereigns. A golden throne was prepared and only after the emperor had taken his place the bishops were able to take a seat. After being greeted in a brief speech the emperor pronounced a speech in Latin expressing his desire for religious peace to be restored. The emperor opened the quality of honorary president and also attended the subsequent sessions, but left the direction of the theological discussions, as was right, in the hands of the ecclesiastical authorities of the Council. It seems that the president was, really, Hosio of Cordoba, assisted by the representatives of the Pope, Victor, and Vincentius.

The emperor began to make the bishops understand that they had a bigger and more important issue than the simple personal policies and the endless mutual recriminations. However, he had to accept the imposition of hearing the last words of the debates that had taken place before his arrival. Neither Eusebio of the Caesarean section and his two assistants, Socrates and Sozomen, nor Rufino and Gelasius of Cisco, provided details of the theological discussions. Rufino tells us only that daily sessions were held and that Arrio was often quoted before the assembly; their views were seriously discussed and the arguments against it were listened to with attention. Most especially those who were defenders of the faith were forcefully declared against the ungodly doctrines of Arrio.

St. Athanasius assures us that the activities of the Council were not, in any way, disturbed by the presence of Constantine. At that time, the emperor had escaped the influence of Eusebius of Nicomedia and was under the Osio, whom, together with St. Athanasius, must be attributed a preponderant influence in the formulation of the symbol of the First Ecumenical Council, of which the text that a literal translation is shown below:

We believe in a single God, Father Almighty, creator of all things visible and invisible; and in a single Lord Jesus Christ, the only begotten of the Father, that is, of the substance [ek tes ousias] of the Father, God of God, Light of Light, true God of true God, begotten, uncreated, of the same nature of the Father [homoousion to patri], by whom everything was done, in heaven and on earth; that by us men, and by our salvation from heaven, became a man, he suffered resurrected on the third day ascended to the heavens and returned to judge alive and dead. And in the Holy Spirit. Those who say: there was a time when he did not exist and did not exist before he was begotten; and what was created out of nowhere (ex ouk onton); or those who maintain that He is of another nature or another substance [that the Father], or that the Son of God is created, or changeable, or subject to change, [to them] the Catholic Church anathematize.

The adhesion was general and enthusiastic. All the bishops, except five, declared themselves ready to sign this formula, convinced that they contained the ancient faith of the Apostolic Church. The opponents were soon reduced to two, Teonas Marmarica and second of Ptolemy, which was exiled and anathematized. Arrio and his writings were also marked with the anathema, his books were thrown into the fire and he was exiled to Illyria. The signers ' lists have come to us severely mutilated, disfigured by the mistakes of the copyists. However, such lists can be considered authentic. His study is a problem that has been repeatedly addressed today, in Germany and England, through the critical editions of H. Gelzer, H. Hilgenfeld, and O. Contz, on the one hand, and C. H. Turner, on the other. Thus reconstructed lists contain, respectively, 220 and 218 names. With information derived from one source or another, you can build a relationship of 232 or 237 parents known to have been present.

Other matters that were addressed in the Council were the controversy over the time of the celebration of the Easter and the schism of Melecio. The first of both is treated as EASTER, Easter controversy; the second, as MELECIO of LICOPOLIS.

Of all the proceedings of the Council, which continued to have affirmed, were numerous, only three fragments have come to us: the Creed, or only, reproduced above; and the synod decree.

There have never been other official records, apart from. But the news that comes to us through Eusebio, Socrates, Sozomen, Teodoro and Rufino, along with some data conserved by St. Athanasius and a history of the Council of Nicaea written in Greek in the 5th century by Gelasius de Cizico, can be considered as very important sources of information. Much has been discussed about the canes of the First Council of Nicaea. All the collections of canes, both in Latin and in Greek, composed in the fourth and fifth centuries coincide in ascribing to this Council only the 20 canons that we know today. The following is a summary of its contents:

Canon 1: On admission aid or expulsion of clergymen mutilated voluntarily or violently.
Canon 2: Rules to take into account for ordination the avoidance of undue precipitation and the deposition of those who are guilty of serious faults.
Canon 3: All clergy are forbidden to have sex with any woman except with her mother, sister or aunt.
Canon 4: Concerning episcopal elections.
Canon 5: Concerning excommunication.
Canon 6: Concerning the Patriarchs and their jurisdiction.
Canon 7: Confirms the right of the bishops of Jerusalem to enjoy certain honors.
Canon 8: Refers to no empties.
Canon 9: Certain known sins after ordination imply their invalidity
Canon 10: Lapsi those who have been ordered maliciously or fraudulently must be excluded as soon as the irregularity is known.
Canon 11: Penance to be imposed on apostates in the persecution of Licinius.
Canon 12: Penance to be imposed on those who supported Licinius in their war against Christians.
Canon 13: Indulgence to be given to the excommunicated persons who are in danger of death.
Canon 14: Penance to be imposed on the catechumens who fainted during the persecution.
Canon 15: Bishops, priests, and deacons cannot pass from one church to another.
Canon 16: All clerics are forbidden to leave their church. Bishops are formally forbidden to order for their diocese a clergyman who belongs to a distinct diocese.
Canon 17: Clerics are forbidden to lend with interest
Canon 18: The deacons are reminded of their subordinate position about the priests.
Canon 19: Rules to be taken into account concerning the supporters of Paul of Samosata who wished to return to the Church.
Canon 20: On Sundays and during Easter prayers must be prayed while standing.