The Deadly Sins or Capital Vices 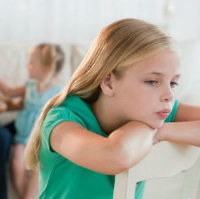 Pride
Greed
Gluttony
Lust
Sloth
Envy
Wrath
Saint Bonaventure (Brevil., III, ix) lists the same. The number seven was given by Saint Gregory the Great (Lib. mor. in Job.) XXXI, xvii), and held for most of the Middle Age theologists. Previous authors listed 8 Deadly Sins: Saint Cyprian (mort., iv); Cassian (instit caenob., v, coll. 5, de octo principalibus vitiis); Columbanus ("Instr. de octo vitiis princip."in"library. Max. vet. Patr. "(, XII, 23);" Alcuin (virtut et vitiis, xxvii and ff.)
The term "capital" does not refer to the magnitude of the sin, but to the fact that it gives origin to many other sins. According to Saint Thomas (II-II: 153:4) "a capital vice is the one that has an exceedingly desirable purpose in such a way that in his desire, a man commits many sins all of them originated in that vice as their main source".
What is desired or rejected in a Deadly Sin can be material or spiritual, real or imaginary.

The moral virtue by which man recognizes that he has emptiness and sin. Everything is a gift from God on whom we all depend on and who must receive all the glory. The humble man does not aspire to personal grandeur or the world’s recognition because he has discovered that being the son of God is a much higher value. He goes after other treasures. He is not in competition. He sees himself and others before God. He is thus free to estimate and devote himself to love and service.
Humility is not only opposed to pride but also to the self-abjection (self-humiliation) in which the gifts of God and the responsibility of exercising them according to his will are not recognized.

The inclination or disordered desire for having pleasures or possessions. It is one of the deadly sins; it is prohibited by the ninth and the tenth commandments. (CIC 2514, 2534)
Overcoming Virtue: Generosity
Gladly share what we with the poor and those in need.

It is a messed up desire for the sexual pleasure. Desires and acts are messy when they do not conform to God's purpose, which is to foster the mutual love between the spouses and encourage procreation.
It is a sin against the sixth commandment and the virtue of chastity.
How to overcome lust:
God blessed man and woman with mutual attraction. While they live under God's love, their hearts seek the divine love that is ordered to seek the good of the other above all. The pleasure then is a good thing but with not so much importance. In communion with God, we truly love and respect the other person as a son or daughter of God and do not see him/her as an object of pleasure. In the order of God, chastity must be recognized as a need for the love to be protected. It is necessary then to know and obey the sense which God has given to sexuality.
But sin disturbs the attraction between man and woman as carnal desire tends to separate them from God's purpose and to master the mind and the heart. Lust grows the more we look for ourselves and forget about God. In this way the inferior (the carnal desire) dominates the upper (the heart that was created to love). When lust is not rejected with diligence, the subject falls prey to his desires that end up dominating him.
Lust is beaten when we keep a pure mind (which requires to keep away from looks, magazines, etc. that incite to lust) and dedicate all our energy to serve God and the others according to our vocation. If we take seriously our life in Christ, we can understand the serious damage caused by lust, and although being tempted, we will be willing to fight and suffer to free ourselves. An example is Saint Francis, who is tempted with lust, threw himself to a group of thorns. That way he managed to overcome the temptation.

It is the virtue that governs and moderates the desire for sexual pleasure according to the principles of faith and reason. By chastity, the person acquires the domain of their sexuality and can integrate it into a healthy personality, in which the love of God reigns above all.

Is the emotional sense of dread and, generally, antagonism, prompted by real or apparent damage. Anger can become passionate when emotions are strongly excited.

Suffer from peace and serenity against all adversities.
"If you are looking for an example of patience you'll find the best of them on the cross. Two things are those that give us the measure of patience: suffer patiently great evils, or suffering, without shunning them, problems that could be avoided. Now, however, Christ on the cross suffered great evils and withstood them patiently, because in his passion "he did not utter any threats; as a lamb led to the slaughter, he muted and not opened his mouth" (Hch 8.32). Great was the patience of Christ on the cross: "Let us walk our road, without retreating, with fixed eyes in the one who began and completes our faith: Jesus, who, giving up immediate joy, endured the cross, despising the shame" (Heb 12.2)

Is the messy desire for the pleasure connected with food or drinking. This desire can be sinful in several ways:
1. Eating or drinking very much more than what the body needs.
2. Courting tastes by some kind of food knowing it is harmful to health.
3. Allow appetite for meals or drinks that are too expensive, especially when a luxurious diet is beyond the economic situation.
4. Eating or drinking voraciously, giving more attention to the food to those who accompany us.
5. Drinking to the point of losing total control of the reason. Unjustified poisoning which ends in a complete loss of reason is a mortal sin.
Overcoming Virtue: Temperance
Moderation in eating and drinking is one of the virtues. It beats the Deadly Sin of gluttony.
The virtue of temperance leads to avoid all kinds of excess, the abuse of food, alcohol, tobacco, and medicines. Those who were drunk, endanger the safety of others and their own on the road, at sea or in the air, are seriously guilty (CIC 2290).

The third and main of the theological virtues. Charity is the love of God living in our hearts.

Guilty lack of physical or spiritual effort; idleness. It is one of the deadly sins. (CIC 1866, 2094, 2733)
Overcoming Virtue: Diligence
Promptness for doing good.