Daily Gospel
Liturgical Cycle B
The Deeper Meaning of My Life
Matthew 1:1-17 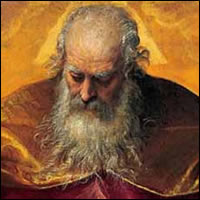 Monday of the Third Week of Advent

Introductory Prayer: Lord, in this final week of preparation for your birth, I want to make ready a place for you in my heart. I believe that you are here with me and desire to speak to me. Because I love you, I, too, have longed for this moment of silence and recollection, though it hasn’t been easy to find. I trust that you and your grace will accompany me throughout this busy day, so that I might make the decisions that will be pleasing in your sight.

Petition: Lord, help me to be more aware of my human dignity and irradiate this to all I meet today.

1. Rebuilding the Family Tree: Many people try to trace their family genealogy, going back centuries to determine their origins. Sometimes this search is easy because the family has lived in the same country, and perhaps even the same city, for many generations. In other cases, the search requires them to cross oceans, dig up buried records, and rummage through old, dust-covered volumes. The rebuilding of their family tree is an attempt to come to a deeper understanding of who they are. Jesus didn’t need all this study of his pedigree. If there is one conviction we could call the cornerstone of his life, it is his awareness that he has come from the Father and has assumed a human nature out of obedience to his Father’s will. We, too, come from the Father who created us. We, too, have a mission to fulfill here on earth. This is what gives meaning to our entire existence: Our very origin springs from the love of God the Father.

2. God Is Always Faithful: The genealogy in the Gospel of Matthew goes all the way back to Abraham, our father in the faith. God had made a promise to Abraham, stating that he would make him “the father of a host of nations” (Genesis 17:4). Matthew wants to make it very clear from the very outset of his Gospel that God is always faithful to his promises. Jesus the Messiah, the son of David and the son of Abraham, is the fulfillment of everything God had promised. Thus, St. Peter would correctly proclaim, “There is no salvation through anyone else, nor is there any other name under heaven given to the human race by which we are to be saved” (Acts 4:12). Our very salvation rests in Jesus Christ. Do we turn to Jesus not only for our eternal salvation, but also in the midst of our daily trials and tribulations? Is he the constant reference point of our day?

3. A Summary of Human History: Man was born for greatness: He was created in the image and likeness of God. The collection of names in Matthew’s genealogy is arranged in three groups, as if to make a statement about human history. (1) Abraham, through his obedience, deepened the covenant with God. Man was born and raised up to be a king. (2) Yet man turned out to be a tyrant. He abused the freedom God had given him, defying, disobeying and turning his back on his Creator. With tears in his eyes, the Father watched his prodigal son depart into exile. (3) However, God did not write human history to end in tragedy. He sent his Son into the world to help man regain his greatness: to rise him up to greater heights, to become sons of God. History is not a road leading nowhere; its goal is for us to be in heaven with God. So, it’s not enough for us to know our origin is in the love of God the Father and our salvation is in Jesus Christ. We need to cooperate with the Holy Spirit in bringing about God’s gracious plan. We can invest our time to bring about Christ’s Kingdom in the workplace, in our homes and in society.

Conversation with Christ: Lord, your birth this Christmas is the center and culmination of human history. I thank you for the gift of life, for the mission you have entrusted to me, for granting me the possibility of recovering my dignity, and for adopting me as your child. I know my weakness and the mire I am capable of descending into –– but for the help of your grace. I offer you this day and every day of my life as a gift of love to you. May this gift be always pleasing in your sight.

Resolution: Today I will examine my conscience and prepare my soul to make a good confession, so that my heart might be a worthy dwelling for the baby Jesus who is coming.