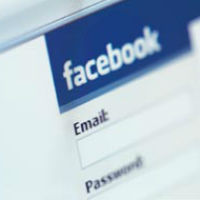 Women and social media: Does Facebook influence perceptions of the female body?

How does social media affect womens’ perception of their own bodies?

A recent study titled ‘The Mediating Role of Appearance Comparisons in Relationship Between Media Usage and Self-Objectification in Young Women’, published in the Young Women - Psychology of Women Quarterly - has tried to answer this question by closely investigating the relationship between the image that women have of their own body, and the use of different types of media:

In particular, the study examines the phenomenon of self-objectification of the female body.

The assumption is based on the fact that the media portrait of women is often focused on their physical appearance, rather than on their abilities or their personality. Therefore, media exposure that promotes the image of woman as a sexual object encourages, within adolescents, a perception through this lense.

This theory, called the theory of objectification, warns of the most dangerous aspects of the phenomenon: self-objectification can lead to eating disorders, anxiety disorders, body shame and depression.

The survey was conducted in the United Kingdom on a sample of 150 girls between the ages of 17 and 25 who completed questionnaires regarding:

● the tendency to compare their physical appearance with that of others in general;

● the habit of comparing their body with that of specific groups of people on Facebook, as friends or acquaintances.

The results showed that the use of Facebook is linked to the phenomenon of self-objectification, as the social network is focused on physical aspects. In fact, Facebook is the place to share personal photos and receive appreciative comments from their virtual friends, thus strengthening or weakening their self-confidence.

In 2013 almost 250 billion photos were shared on Facebook; this figure coupled with the increasing popularity of the medium among young women and the time spent on the social network (about two hours a day according to the Australian Bureau of Statistics), makes it clear how much power the images that run through timelines are on the building of female body perception.

The study concludes that the phenomenon of self-objectivity arising from using Facebook is related to the fact that girls tend to compare their physical appearance to that of other women.

In particular, the comparison between one's physicality and that of another is more in relation to one's own peers, friends or acquaintances, than with celebrities. This is because their lifestyles are comparable and thus peers are the most accessible physical ideal.

From this, we can understand how much impact new media, especially social networks such as Facebook, can have on the perception that young women have of their body.

For this reason, it is crucial to ensure girls, especially teenagers, are aware of the clear separation between the real and the online world.

We should teach them that every woman is unique and unrepeatable, beautiful in her own way; that the stereotypes we encounter every day are non-existent models. Every woman has her faults, even those that seem to be perfect. What makes the difference is in accepting their imperfections and enjoying themselves as they are.

This is the secret to having a good relationship with ourselves and with the world around us. So, girls, disconnect from social networks, put your smartphone away and stop being so obsessed with it.