Learn to pray
Spirituality
From the sin to the love
For the Christian, the sin is always a terrible offense to the love. The sin makes the man being against of God 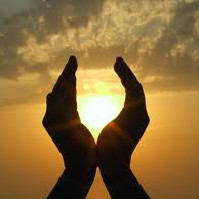 The sin produces deep traces and endless injures. One of the biggest damages it can produce is, sinking the sinner into the sadness, grief and hopelessness. Another damage is, negligence: if I commit the same sin once and again, what should I keep on changing myself for? A deeper damage would be thinking that, sin is not so bad, but also that could be good for one self on the current situation…

For the Christian, the sin is always a terrible offense to the love. The sin makes the man being against of God and the neighbor, preferring to be selfish, preferring the one self’s well being without thinking on the others.

However, if the offense is terrible, and if it means a disorder in the universe, the reached out hand of God can cause a complete change, even if it’s a situation paradoxically favorable for the good.

The sinner that asks His mercy, that feels forgiven, accepts the entry in the world to a huge infusion of good and hope. The act of God, when He offers us His forgiveness, causes in our hearts a “new creation”.

“Repent, renounce all your crimes, avoid all occasions for guilt. Shake off all the crimes you have committed, and make yourselves a new heart and a new spirit! Why die, House of Israel? I take no pleasure in the death of anyone, declares the Lord Yahweh, so repent and live!” (Ezek 18, 30- 32)

The heart, that accepts being touched by the forgiveness of God, enters in a new life and begins to be part of Kingdom Mercy. If in the past the person suffered under the chains of sin, now the person enjoys into the world of love.

Those who accept that forgiveness and allow being touched by the redeeming love of Christ; they can neither think nor live like a sinner. Paradoxically, the sin “provoked” the arrival of the grace. Those who have been touched by the mercy and have opened the soul to the conversion, begin living in the world of love.

“What should we say then? Should we remain in sin so that grace may be given the more fully? No way! We have died to sin; how could we go on living in it? You cannot have forgotten that all of us, when we were baptised into Christ Jesus, were baptized into his death. So by our baptism into his death we were buried with him, so that as Christ was raised for the dead by the Father’s glorious power, we too should begin living a new life. If we have been joined to him by dying a death like his, so we shall bee by a resurrection like his; realizing that our former self was crucified with him, so that the self which belonged to sin should be destroyed and we should be freed from the slavery of sin.” (Rom 6, 1- 6)

From sin, removed by the Cross of Jesus, we can go to the love. If we receive much love, we will only answer with love. If we are forgiven, we start realizing that we need to forgive our brothers too. (Luke 6, 37)

Only like this way, we could become similar to Our Father in Heaven, who is kind with everybody, including wicked and evil people. (cf. Luke 6, 35)

Because, sadly one day I was a sinner. However, Jesus on his kindness told me: “Neither do I condemn you, go away, and from this moment sin no more.”