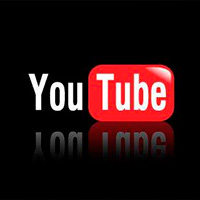 It all started one night in 2005, with the desire to share the excesses and happiness of a party: Chad Hurley and Steve Chen on a typical gray February day in San Francisco, California, wanted to share an unforgettable event with their friends, but It was too long to send your video by email, that's when it appeared and confirmed the historical moment: the need calls for creativity.

Out of his frustration came the idea: create a space with a lot of capacity where you could upload and share any video. Thus, the platform for sharing videos known as YouTube was born. Its success was of such size that for 2006 the giant Google bought the newly created company for 1,650 million dollars. 100 million videos were already circulating on the channel.

Currently, YouTube has more than one billion users, equivalent to almost a third of all people who connect to the Internet. Every day these users watch a billion hours of video, generating billions of views. This information is official and was published by the same company in its press release at the end of 2017.

One of the factors of this success is the versatility of content and the freedom to publish almost any type of content, breaking with the stereotypes of television content, often "stiff", with little credibility and an obvious lack of originality.

Of the authors of these contents, the so-called youtubers stand out today. According to the Spanish International Institute of Digital Marketing, youtubers "are individuals who use the largest social network of videos on the digital YouTube market, to post any type of content that may be entertaining."

From my perspective, these characters go beyond entertainment, their natural improvisation, the clarity and transparency of their messages, have managed to make an important connection with their audiences. Some pioneers narrate in their own channels that they never imagined reaching the success that today allows them to live even in a very comfortable way:

"I think this is the hardest video of my life. For 11 years I started with the `Wero 'and after four years of having started we won the first weight. We were that generation that started all this without the desire to be famous, to make money, because it was impossible, the internet was only a tool at that time ". With these words Gabriel Montiel, (Werevertumorro, now Gabo) a very successful Mexican youtuber, announced on his channel a radical change in the history of his career. In that video you see an authentic feeling and air of honesty that leads to tears.

But, returning to the subject of tears and the authenticity of some of the content on YouTube, when and by whom "these bells ring" these characters ?:

The first time I saw them in shock, was on September 19, 2017, when a 7.1-magnitude earthquake with an epicenter 12 kilometers southeast of Axochiapan, Morelos, affected several buildings in central and southern Mexico causing the collapse and severe damage of estate. Before the news spread instantly by social networks, youtubers like Lusito Comunica and the Werever took to the streets with devices in hand narrating the horror of suffering, contrasted with the exemplary solidarity and heroism of hundreds of people. Faced with this scenario, their voice was cut off and their eyes dampened inviting calm, collaboration and prudence before the spread on social networks and WhatsApp of unconfirmed information.

Nine months later, we see again those wet eyes and breathy voice. Now the reason is very different, now we see them moved by the pride of singing the Mexican national anthem during the soccer world championship in a distant and diverse country, before 80 thousand people, half of them Mexican.

In their respective channels and with the respective restrictions of FIFA, for transmission rights, several youtubers transmitted the epic triumph of the Mexican national team against the powerful selection of Germany.

With channels ranging from the whimsical "Ruta de la garnacha" by Lalo del Villar, the ingenious barbajanería of Alejandro Montiel with the "golden Scorpion", the charisma and naturalness of Luis Arturo Villar with "Lusito comunica", accompanied by his great friend Juan Bertheau with "Berth Oh!", Juan Carlos Viana with "El Juca", the beautiful Patricia Caeli and the aforementioned Gabriel Montiel, the former "Werevertumorro", now with "Gaborever", all of them were moved to tears, the shouts, bounces, blessings and mentadas of mother, to celebrate that triumph of Mexico before Germany.

With all this, what we can highlight is that, nowadays, people search and consume content where they identify with real, authentic and sensitive people. That they come together to help, to denounce or have fun in a healthy way, sometimes vulgar or very irreverent, or sponsored by instances of doubtful intentions, but that plurality is part of the extraordinary reach, freedom and penetration of our beloved youtubers, which, as we have seen, thank God, they also cry and are moved.