Youth
Virtues
8 Books to Read When You are Feeling Down
Here are eight suggestions that you might like to try out next time you’re having a rainy day! 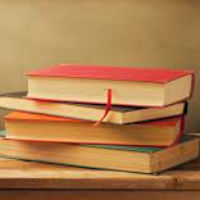 A good book is often the best tonic for when you are feeling down! We asked our Catholic-Link authors what their favorite book is when they need cheering up. Here are eight suggestions that you might like to try out next time you’re having a rainy day! Curl up with a good book and let the wonder of great writing soothe your soul.

An elderly woman, afraid of her age and impending death, writes a series of letters to her granddaughter in the form of a diary. It is a story about expressing true feelings and building real relationships. Nominated by one of our authors who said that “I finished reading it with a simple pleasure and an appreciation so great that the last page of the book actually lives in my wallet.”

A beautiful story with even more beautiful illustrations, our author described it as a book that “changes every time I read it. Sometimes it is a sad story and sometimes it gives me hope”. This is the story of the meeting between a pilot and the Little Prince, who asks him to draw him a sheep – and the extraordinary and delightful tale that follows.

3.  In this House of Brede, by Rumer Godden

Published in 1969, this is the story of a successful businesswoman who, much to the surprise of everyone else (and herself at times) gives up everything to join a community of Benedictine nuns. Meticulously researched, this is a richly drawn profile of community life, with excellently portrayed characters. It is a book that captures beauty with the mundane, holiness with honesty and shows how the struggles of daily life can be sanctified by God. Loved by believers and nonbelievers alike, it’s a book that can be read again and again.

Perhaps an unusual entry on this list, the Chalet School series is a firm favorite with two of our authors. The books span four decades, from pre WWII into the early 1960s, and it follows the story of an international boarding school originally established in the Austrian Tyrol, and the lives of its founders and pupils. Amid war, exile, natural disasters, feuds and many adventures, the school and its girls thrive and learn important lessons of life. A book series that will have you longing for hot chocolate, crusty bread and a good skiing expedition in the Alps!

Wonder is the story of a 5th grader starting at his first school after a childhood of homeschooling. So far, so good – the only difference is, he has a facial abnormality so unusual that he describes it as “whatever you’re thinking – it’s probably worse”. Familiar with a world of bullying, being stared at, or being ignored, Auggie and his family fear he will never be happy or accepted. This is the beautiful and uplifting story of what he discovers during his first year of school. Your life will be better for reading this book!

When Laura Sobiech’s 17 year old son Zach was given a year to live, Laura prayed “Okay, Lord, you can have him. But if he must die, I want it to be for something big. I want someone’s life to be changed forever.” This book is her journal of that year – in which she encouraged Zach to leave goodbye letters for his friends and family. He responded to this in the form of songwriting, and one of his songs Clouds became a hit, touching and inspiring many people.

Full of wit and charm, the book is well-renowned for its beautiful prose. It follows the story of Charles Ryder and his extraordinary meeting and subsequent friendship with Sebastian Flyte, the son of an English Lord, and his family who live in the opulent country house of Brideshead. Through this family, Charles has his first encounter with Catholicism and his dealings with them and their faith weave their way through the subsequent decades from the 1920s to mid World War Two.  While the book captures perfectly a world of parties, great houses and sumptuous living, it is a novel that goes deeper into the human heart and its relationship with God’s mercy.  Described by Waugh himself as “nothing less than an attempt to trace the workings of the divine purpose in a pagan world” this story follows the character’s attempts to grapple with true faith and discover who God really is. It is worthwhile and edifying escapism.

Of course, the greatest book to turn to when you are down is the Bible, and we’d like to suggest the Psalms. For those moments when you struggle to pray, the psalms can pray through you. Covering the widest range of human emotions, even giving voice to those feelings you don’t know how to put into words, the psalms are a voice of humanity, reaching out to God not only moments of joy, but also in our deepest need. The psalms not only give expression to humanity crying out, but also to God’s loving and merciful reply.

This list is by no means exhaustive and it is just a few of our favorites! What are your go-to books for when you are feeling down? Share them in the comments below!