Daily Gospel
Liturgical Cycle B
Children of the Light
John 3:16-21 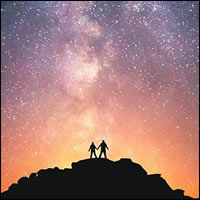 For God so loved the world that he gave his only Son, so that everyone who believes in him might not perish but might have eternal life. For God did not send his Son into the world to condemn the world, but that the world might be saved through him. Whoever believes in him will not be condemned, but whoever does not believe has already been condemned, because he has not believed in the name of the only Son of God. And this is the verdict, that the light came into the world, but people preferred darkness to light, because their works were evil. For everyone who does wicked things hates the light and does not come toward the light, so that his works might not be exposed. But whoever lives the truth comes to the light, so that his works may be clearly seen as done in God.

Introductory Prayer: Lord, you know my needs better than I do. I turn to your Spirit to teach me what to ask for in this prayer. I want to fulfill your holy will over my life. I love you, Lord, and I place all my hope in you.

Petition: Lord, increase my faith in the power of the Resurrection.

1. God Loves the World: The tsunami that struck the Indian Ocean countries in 2004 and the earthquake in Haiti in 2010 provoked many people to question God’s goodness. How could he, if he is good, have permitted such a catastrophe? But what does our faith teach us? That God loves the world, so much that he sent his only Son. Evil in the world is real and present, and such massive casualties show that nature herself cooperates with the power of death. But that power is being broken. The first decisive blow to the chain that binds the world was Christ’s death on the cross. The execution of Our Lord was the greatest act of moral evil history can ever see, but through God’s power, it has become the source of eternal life for us all, as we now celebrate in this Easter season. Through the power of the Resurrection, we are journeying towards the ultimate defeat of suffering and death.

2. Sin Is the Worst Evil: The physical evil brought by a natural disaster is terrible. But sin is worse. This Gospel reading reminds us of souls who consciously choose evil. The irony is that people make this choice pursuing some form of self-fulfillment. Instead of fulfillment, they encounter the emptiness of a life that carries with it the burden of self-imposed condemnation. They live in darkness as opposed to the light. If we knew someone who freely chose to live in a darkened cave, we would think that person nothing short of insane. But where are the dark patches in our own lives?

3. Christ Leads Us Towards the Light: Christ’s body had been physically destroyed through the evil decisions and cruelty of men. When the risen Lord appeared to the apostles in the Upper Room, his new life of glory pointed in a new direction, and they were flooded with the vision of where we are heading. Through our life in the Church, we are heading to a renewal of all things in Christ, in which death will be no more, and where every tear will be wiped away. The physical evil of natural disasters and the moral evil of sin may try to challenge our faith. But they are the last gasps of a defeated enemy. Let us take heart! We are headed to the light, where Christ is King and Lord of all.

Conversation with Christ: Lord, I long to live in the light. Banish from my soul all darkness of sin or disbelief. At times I struggle to see the pattern of your divine plan. But through my faith, I know that you are love and mercy and you are guiding us towards the light that will never end.

Resolution: I will renew my spiritual vision of the world, by frequently lifting my mind up to God during the day.