Youth
The 6 Battles of Youth That Adults Must Not Forget
Life passes quickly. One moment you are twelve years old playing in the street, and today you are an adult, 40 years old. 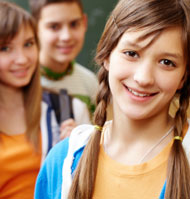 Life passes quickly. One moment you are twelve years old playing in the street, and today you are an adult, 40 years old.

What happened to your youthful aspirations, your dreams and your ideals? Though you remember them, do you maintain them? Have you gone through life pursuing whatever came along? Or did you hold tight to your ideals without losing faith? This is the reflection to which we are invited by José Martín Descalzo with the beautiful essay which we offer today.

Far from wishing to present a negative view of life, José Martín, warns of the dangers of living a life tossed about by the world. He clearly illustrates the battles which adults unknowingly lose in life. It is like a wake-up call to not live blindly, but to take the life which has been given us and respond to the yearnings of the heart, which are written on it like a code, the master plan which the Creator has confided to each of us.

“I am worried about the letter you wrote son. You seem so sure of yourself, you feel so happy for ‘having matured’! I swear to you that I trembled when I perceived the demeaning way in which you speak of your younger years, of your dreams, of those ideals which you say, ‘were beautiful, yes, but unattainable’. Now you explain to me that you have adapted to reality and, thus, triumphed. You have made a name for yourself, a nice house, financial security, a family… You display all these as if they were jewels on the neck of a woman. However, in the midst of so much pride, you encounter a miniscule ray of nostalgia recognizing that ´those absurd dreams were, at the very least, beautiful.’

“Your letter has called to mind an old passage from Dr. Albert Schweitzer which has followed me for twenty years. I would like you to memorize this because it could be your lifeline:

‘What we are usually invited to contemplate as “ripeness” in a man is the resigning of ourselves to an almost exclusive use of the reason. One acquires it by copying others and getting rid, one by one, of the thoughts and convictions which were dear in the days of one’s youth. We believed once in the victory of the truth; but we do not now. We believed in our fellow men; we do not now. We believed in goodness; we do not now. We were zealous for justice; but we are not so now. We trusted in the power of kindness and peaceableness; we do not now. We were capable of enthusiasm; but we are not so now. To get through the shoals and storms of life more easily we have lightened our craft, throwing overboard what we thought could be spared. But it was really our stock of food and drink of which we deprived ourselves; our craft is now easier to manage, but we ourselves are in a decline.’ (p. 130 Albert Schweitzer: An Anthology)

I read these words when I was little more than a child, and they have never left me, because I have seen in them the exact portrayal of hundreds of lives. So is growing up really that terrible? Is living nothing more than a leaving behind? Is what we call ‘maturity’ nothing more than growing old, resignation, the entrance into the barracks of mediocrity? I would like you, my friend, to dare review this list of 6 battles before displaying so much pride. Ask yourself what defeat you face, certain that from these you will deduce what remains of your humanity:

The first fight on the battlefield is for Love of Truth. It is usually the first thing which is lost. During the years as a student one had committed to live truthfully in the future, but one quickly discovers that on this earth deceit is more useful and profitable than truth. The latter “will never get you anywhere”, and although it is said that lies have very short legs, liars know how to advance very quickly. You open your eyes and see slobs and losers progressing alongside you. One day, you too, son, smiling, taking coats, opening doors, rolling out the carpet, will throw overboard the uncomfortable truth. That day, son, you will suffer the first defeat, you will take the first step which alienates you from your own soul.

Second Battle: The Fight for Trust

The second battle takes place on the grounds of trust. One enters life believing that people are good. Who would deceive us? If we hate no one, who would hate us? Therein is the first blow. It may be a stupid prank or even a betrayal which unhinges our soul precisely because we are not able to understand it. Our injured soul swings from one side to the other. People are evil, we think. We surround our interior castle with barbed wire, we install a draw bridge to reach our soul, our heart cannot be entered without a passport. A soul covered in thorns is the second defeat.

The third battle is more serious because it occurs in the world of ideals. One is no longer trustful of other people, but still believes in the great causes of youth: work, faith, family, and in certain political ideals. You enlist under those banners; even if people fail, these ideals never fail. However, soon you see that the best banners do not triumph, political correctness is more “useful” than truth, beneath a big banner is a bigger fool. You discover that the world does not measure the virtue of the banners, but rather their success. Who doesn’t prefer a bad cause which triumphs to a good cause which is defeated? That day another piece of the soul rots away.

The fourth battle is the most romantic. We believe in justice and righteous indignation rises to our lips. We yell. Yelling is easy, fills our mouth, gives the impression that we are fighting. Later we discover that the world never changes with yelling and that if anyone wants to criticize, he will be criticized. One day we discover that perfect justice cannot be obtained, and we begin to agree to small injustices, with huge compromises. That day we fall defeated in the fourth fight.

Fifth Battle: The Fight for Happiness

Little time will pass before we decide to “impose” our violent peace, our holy coercion. We still believe in peace. We think that the bad is reversible, that love and reason will be adequate. However, soon our soul bristles, we begin to doubt kindness, we decide to dialogue with these people, but not with those. This is the fifth defeat, does anything yet remain of our youth? Some bursts of enthusiasm remain, slight hopes that sprout up by reading a book or watching a movie. But one day we call them “delusions”, one day we explain to ourselves that “nothing can be done”, that “the world is that way”, that “mankind is sad”.

Having lost this sixth battle of enthusiasm, a person has only two options: deceive oneself to believe that he has triumphed stuffing pleasure and money into the holes in his soul once inhabited by hope or preserve part of his heart and discover that his vessel is adrift and that he is hungry and empty, without the guidance of hope, without a soul. Son, I hope that at least you who wrote to me remain with this longing, and that you would have the strength to ask yourself how you have been defeated.”